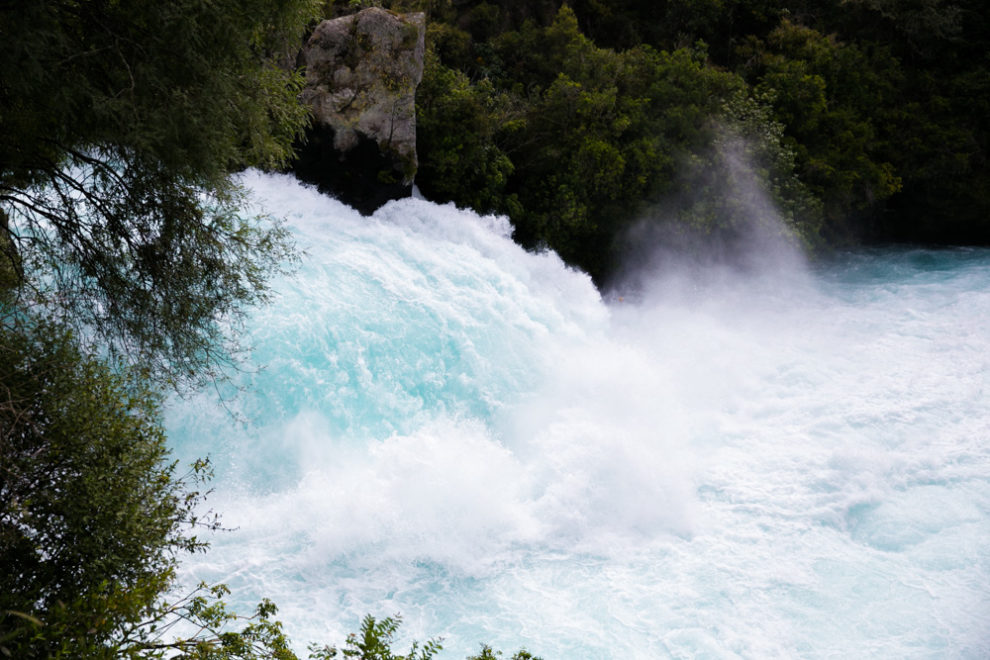 We drove from Napier to Taupo, which was a few hours away. We stopped at our favorite place for lunch- Countdown, the grocery store! Hah! We got quicker each time grabbing our favorite picnic foods and then drove to Spa Park for lunch.

Talk about a nice place for a picnic, right? Spa Park is home to hot water areas in the river that you can lounge in. The spots were quite crowded when we got there, so we opted not to go in and just eat our picnic on the hill. Then we drove a few miles to Huka Falls, which was quite a sight. I had heard it was pretty, but being there was unreal. 100,000 liters of water per second flow through this canyon creating the most loud, rapid, gushing river we’ve ever seen. Zooming in on Huka Falls, NZ. All that water. They liked the falls, but are always big fans of the dirt and rocks. Hah! And one more view from the bridge Haku Falls, NZ

We met a nice lady from Canada at the Spa Park and we saw her again at the Falls. We’re so glad we had a giant van to give her a ride back to her hotel in Taupo. And then it was off to Rotarua for us! 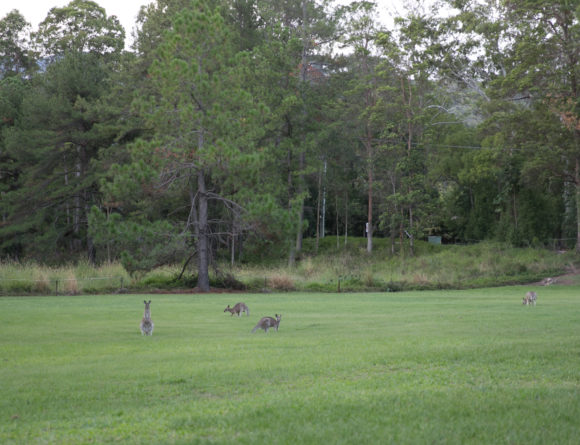 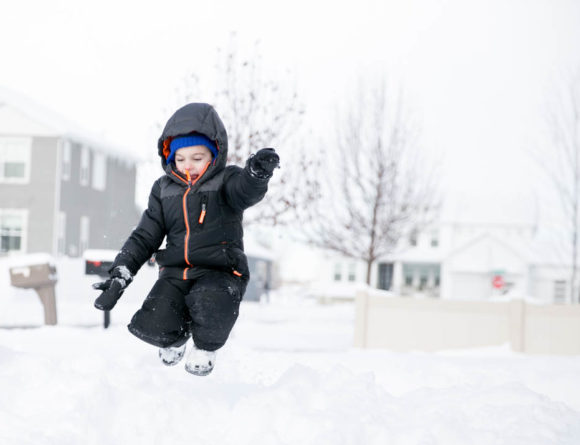 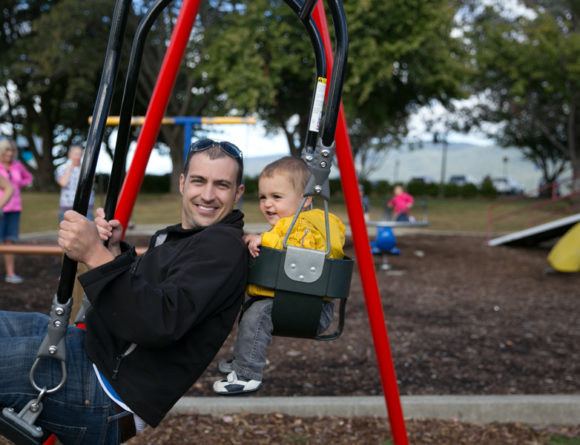