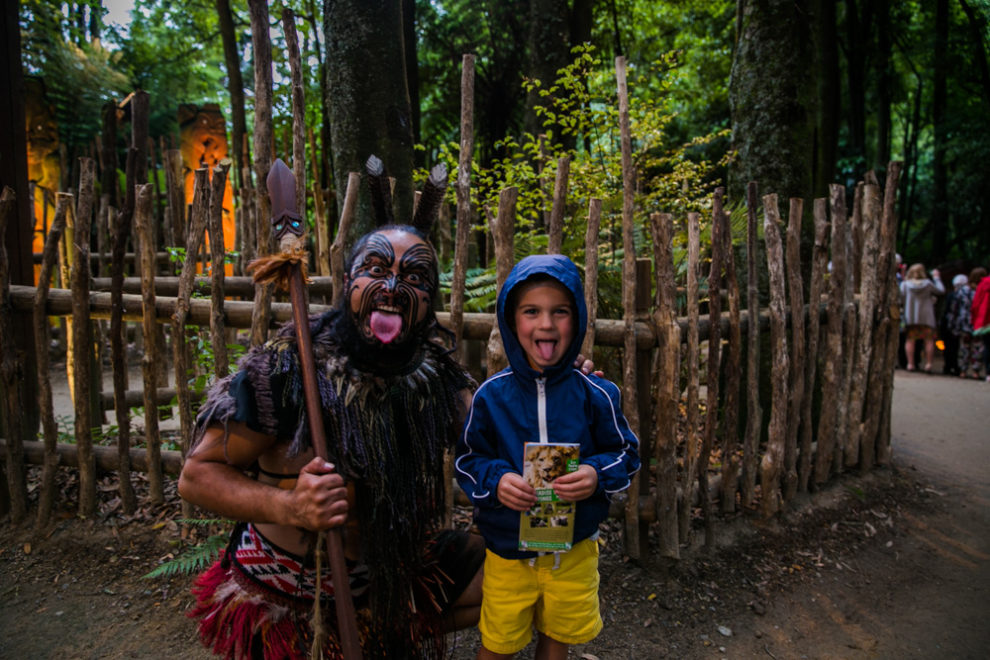 Rotorua: The Stinkiest City in the World

After Huka Falls , we drove on to Rotarua. We stopped off at a Geothermal Park, but it was closed for the evening. Everything seems to close super early in NZ. At least we were able to catch this view: Traveling in NZ was a bit tricky because we weren’t quite sure how long we would want to stay in each area. And since our time was wrapping up, we had a lot to squeeze in. Something we wanted to experience was the Maori Village. I had tried to get tickets to a dinner and evening show a few days prior to coming to Rotarua, but they were all sold out.

As we drove into Rotarua, we saw a sign for the Tamaki Village and I told Brandon to pull off to see if by chance they had any tickets left. It was about dinner time anyway, and even though he thought I was a bit crazy, he obliged.

I ran into the village just as tour buses were pulling up for the next show. I asked one of the Maori employees if there were any tickets left that night. He said there were only tickets for the 7:30 show which would be finished by 10:30. I knew that would be too late for our already tired children, so I asked him if there was any way to squeeze us into the show that was starting. He debated back and forth with another employee and finally they decided that they could squeeze us in.

We were so grateful they did because there was no way we would have had time the next day to fit in everything we wanted.

We entered just as they were doing the welcoming ceremony: We went to 5 different parts of the village for a tour and learned more about their way of life. We were the ONLY ones with kids there (which was not the first time that happened on the trip.) At one point Evelyn had to go to the bathroom and Oliver wanted to be nursed. So Brandon and I each missed a little of the demonstrations, but over all, we are still glad we went.

Lesson learned: Some experiences would be more enjoyable without children, but don’t let that stop you. It’s still worth it. And sometimes, you get special privileges because of children–like front row seats at the show! We saw them cooking our dinner in the ground using the thermal heat from the earth. And then we went to see a cultural show featuring the haka, poi poi balls and other things I can’t remember the names. After the show, we enjoyed a nice warm dinner (cooked in the ground) of potatoes, lamb, chicken, this amazing sweet/savory bread, yummy carrots, and Pavlova for dessert. And the haka one last time. They sang a farewell song to us and I actually got a little teary-eyed. Creating these memories with my family has meant the world.

By the time the show ended, it was late. We drove the rest of the way into town. And have I already said that Rotarua was THE STINKIEST TOWN in the world? Due to all the geothermal activity (think Yellowstone geysers, etc), the city stinks like rotten eggs. No joke.

Thanks to my Vodafone NZ sim card, I had data and could search for a hotel on my phone. I found a good deal on one. But when we went to check in, the receptionist said there was no way she would let us in for the price that was quoted on my phone. I was appalled. I heard that NZ Kiwis were so hospitable, but she was very rude. I showed  her the price quoted on my phone, but she still said there was no way we could stay for that price. And she promised me that NO hotels would let us in for that price of 100 USD.

We left and drove to another hotel. It’s a good thing I hadn’t already booked it because the lobby was locked for the night and we wouldn’t have been able to get our key.

We pulled up to another one and made it just inside before the lobby closed. Brandon went in to ask what kind of rate they could give us and this nice girl said she could give us a room for 80 NZ. That’s about 60 USD. The room was humble, but we each had a bed and it was more than adequate for our one-night stay.

We just had to laugh that we did indeed find something that cheap when the first hotel said we would never find a place for that price.

In the morning, we woke up to the smell of eggs, but not scrambled. Rotten. The terrible smell was even stronger in the morning. There were plenty of things we could have seen in Rotarua, but we decided to leave and get on to Hobbiton. 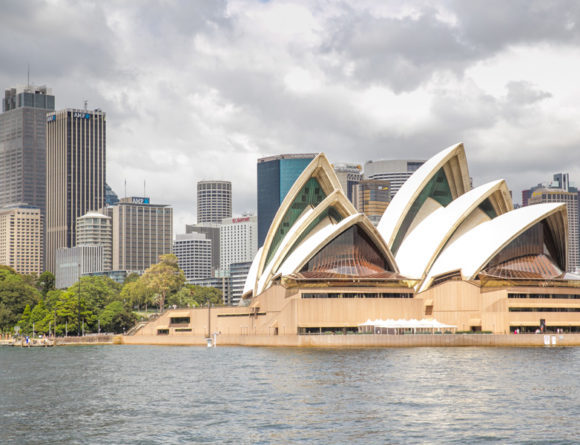 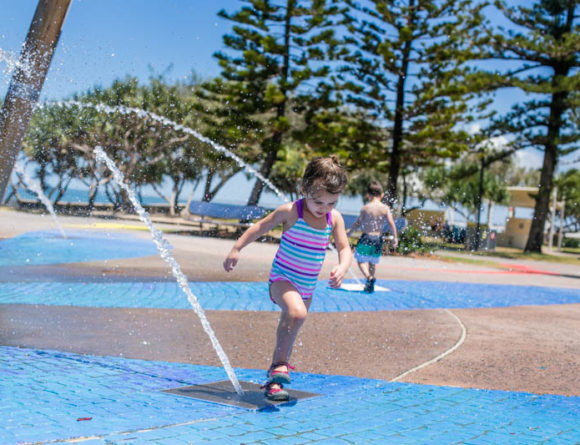 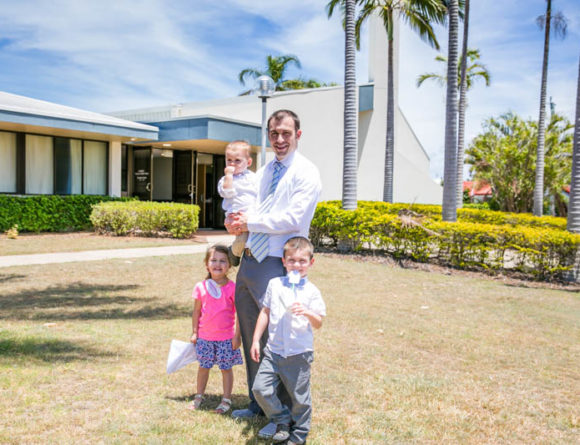 Sunday in the Sunshine Coast