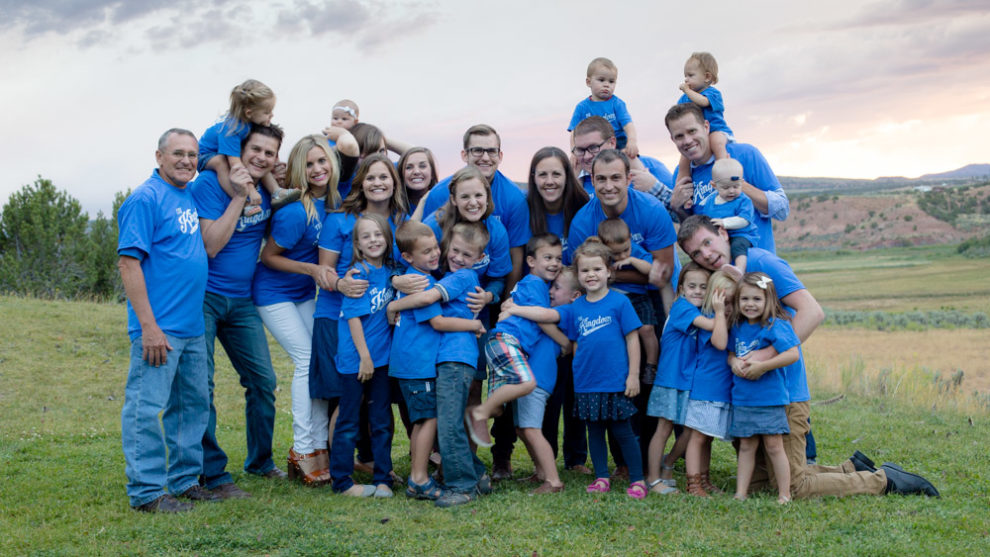 King Camp 2017 was another one for the books. Sarah was in charge this year and did an awesome job! One of the most fun surprises was matching t-shirts with our numbers on the back! Not only was this super fun to see all the children running around in them practically every day, but I, yes I, forgot to put the children’s clothes bag into the car. This mistake wasn’t realized until the first night when we tried to get them dressed for bed and realized the bag was still at home. Thankfully, I had packed their swimsuits in the swimming bag and photo clothes in mine, so between all the other cousins and our King Camp t-shirts, we managed without all their clothes just fine. I won’t be living that one down for a while though.

We stayed in Fruitland, UT again  like last year at Seth’s uncle’s cabin. Highlights: We spent a day at the beach at Starvation Reservoir (no one even starved!),  bonfire on our first night, Disney dance party, all 28 of us attending a tiny branch on Sunday and tripling the Primary!, gourmet meals, playing in the river, and having adult game nights after the children were asleep. Cousin Emme made her very own treasure hunt for all the cousins. She even picked out prizes for all of them. It was adorable! Floating down the river

Both Blake and Evelyn did it! It’s pretty hard to get all 29 people to look at the camera on timer, so this is the best we got! I sure love this family of mine! 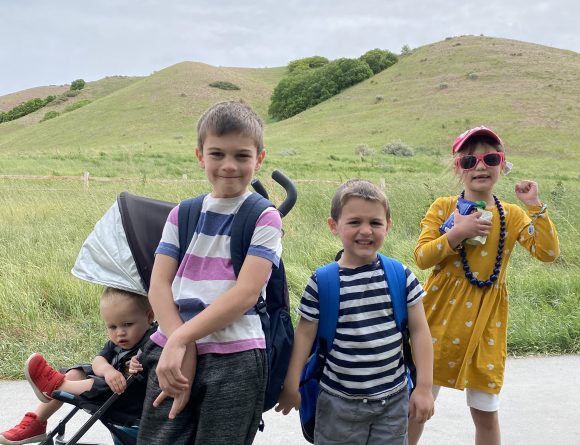 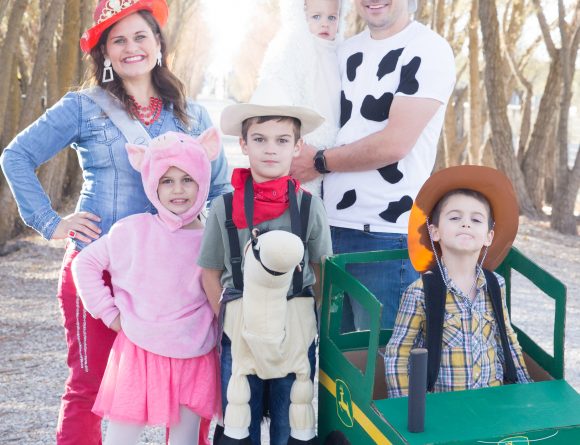 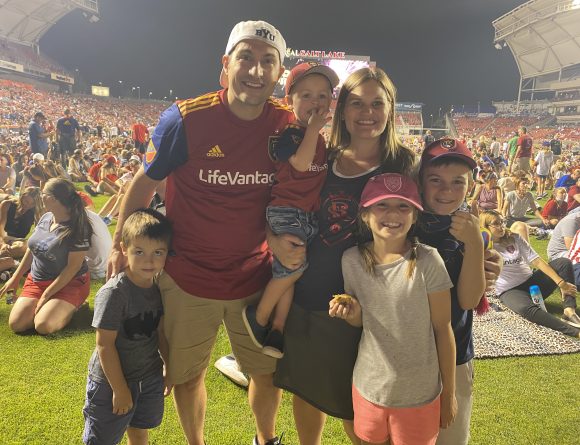 Real Fun At The Real Game