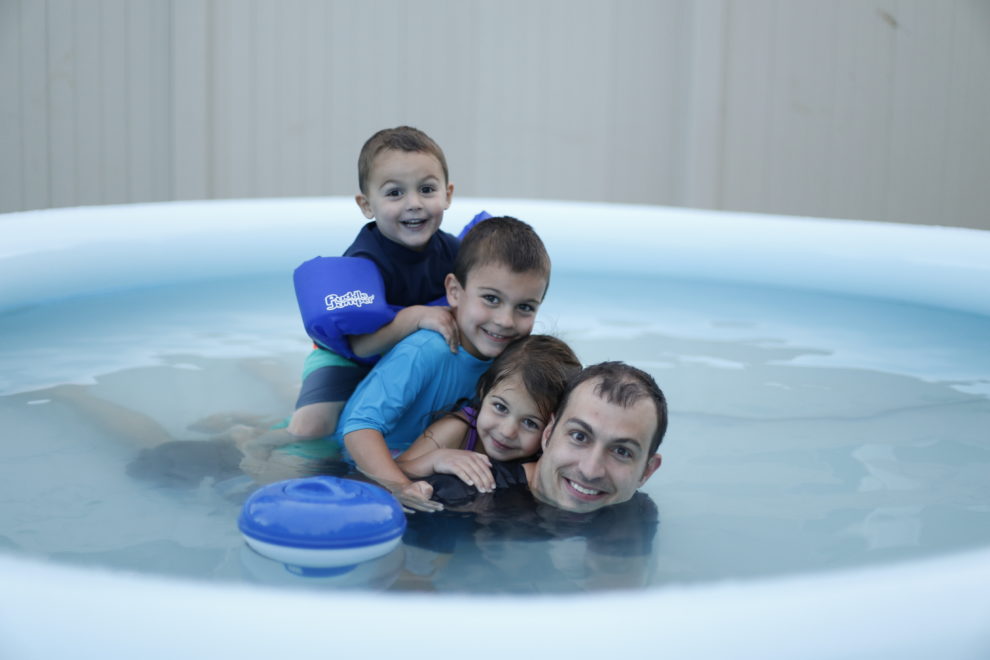 We Have a Pool!

When we were living in Australia, we visited Brisbane, which had the coolest place called South Bank. Brandon and I have dreamed of having our own South Bank in our yard. Well, until we make millions, an actual South Bank won’t happen. But we’re getting close. First…a legit sand box with fine white beach sand. And now… a pool! We considered digging one in, but yeah, the budget didn’t really allow for that either. I was at Ross one day and found this 12 foot pool for a steal. I brought it home and decided to give a pool a test run.

It’s 2.5 feet deep-deep enough to swim around, but shallow enough for Oliver to touch. It’s been a fun project. And by project because it’s been a little more work than we thought, but so worth it! We didn’t realize that we needed a GFCI outlet to keep the filter running, so Brandon had to rewire an existing outdoor outlet to make it safe.

I’ve been on a mission to get the water levels all figured out. We haven’t had crystal clear water since the first day, but we’re getting closer. We have been in the pool for hours each day and we’ve loved having lots of friends over to play in it. And I love that I haven’t had to drag all four out to the pool alone. I can put Eli and Oliver down for a nap and let Blake and Evelyn swim in the afternoon. It’s been so fun. 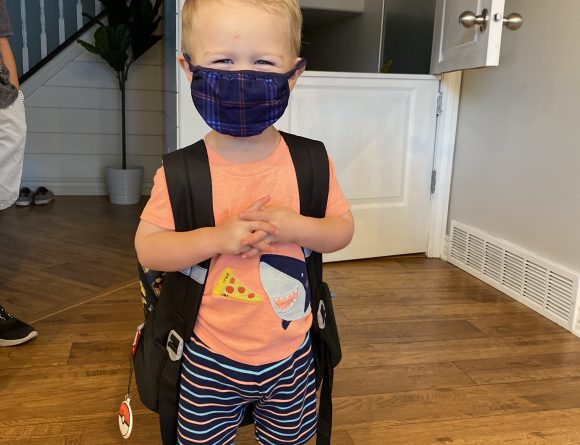 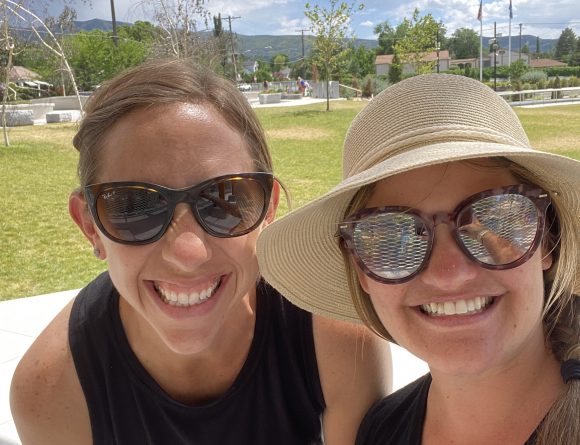 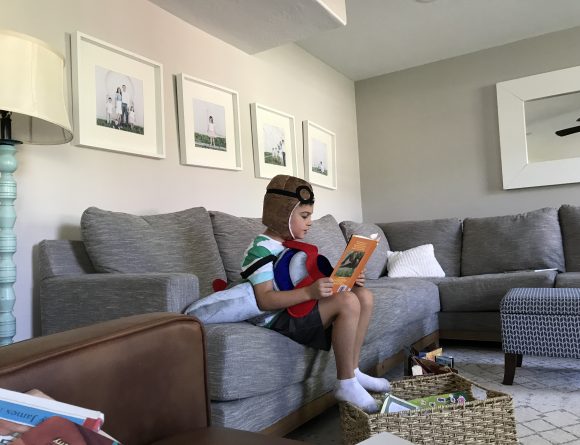