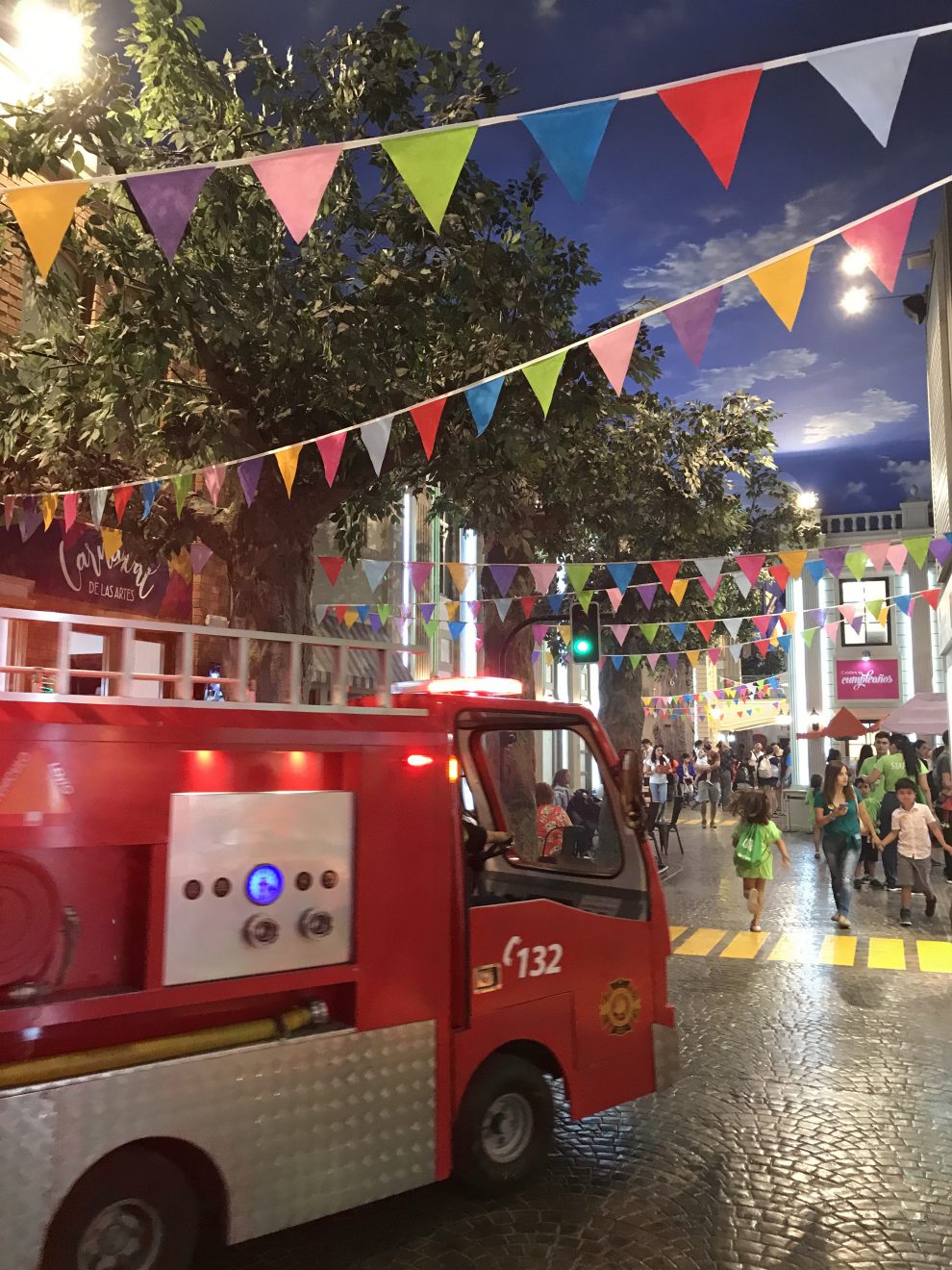 Kidzania was the most amazing, interactive, real-life, detail-oriented, and equally exhausting children’s museum we’ve ever been to. The entire place is a city, where children take on jobs, get paid and then can use money to make treats and food in the factory or spend it on entertainment.

To celebrate Brandon’s last day of traveling to Uraguay, I took all four children there…which was great because it helped past the day away. We were there for 6 hours and didn’t even do 1/4th of the activities. But… in some ways I wish we had Brandon there because there were so many jobs to do and the lines were about 20 minutes for each one. We didn’t get to all the activities we wanted, but could have if I could have sent some children with him.

Yes, the all the activities were in Espanol and only a few employees spoke English. Our children definitely didn’t get as much out of it had it been in English, but they could still follow the actions and do tasks and still had a lot of fun.

Blake’s first job was the Supermarket Deli counter. Oliver and Evelyn kind of just walked around because they didn’t understand what was going on. 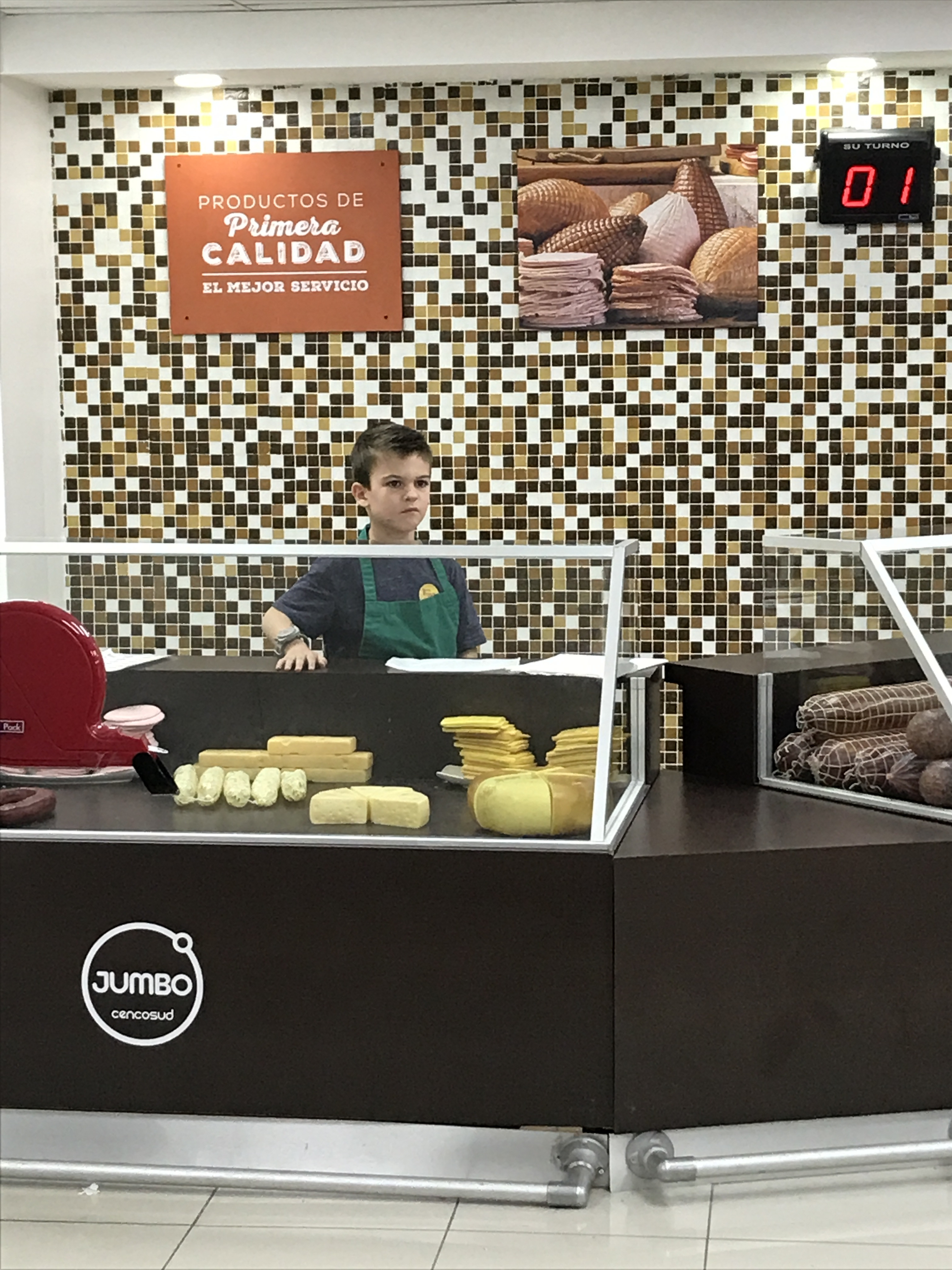 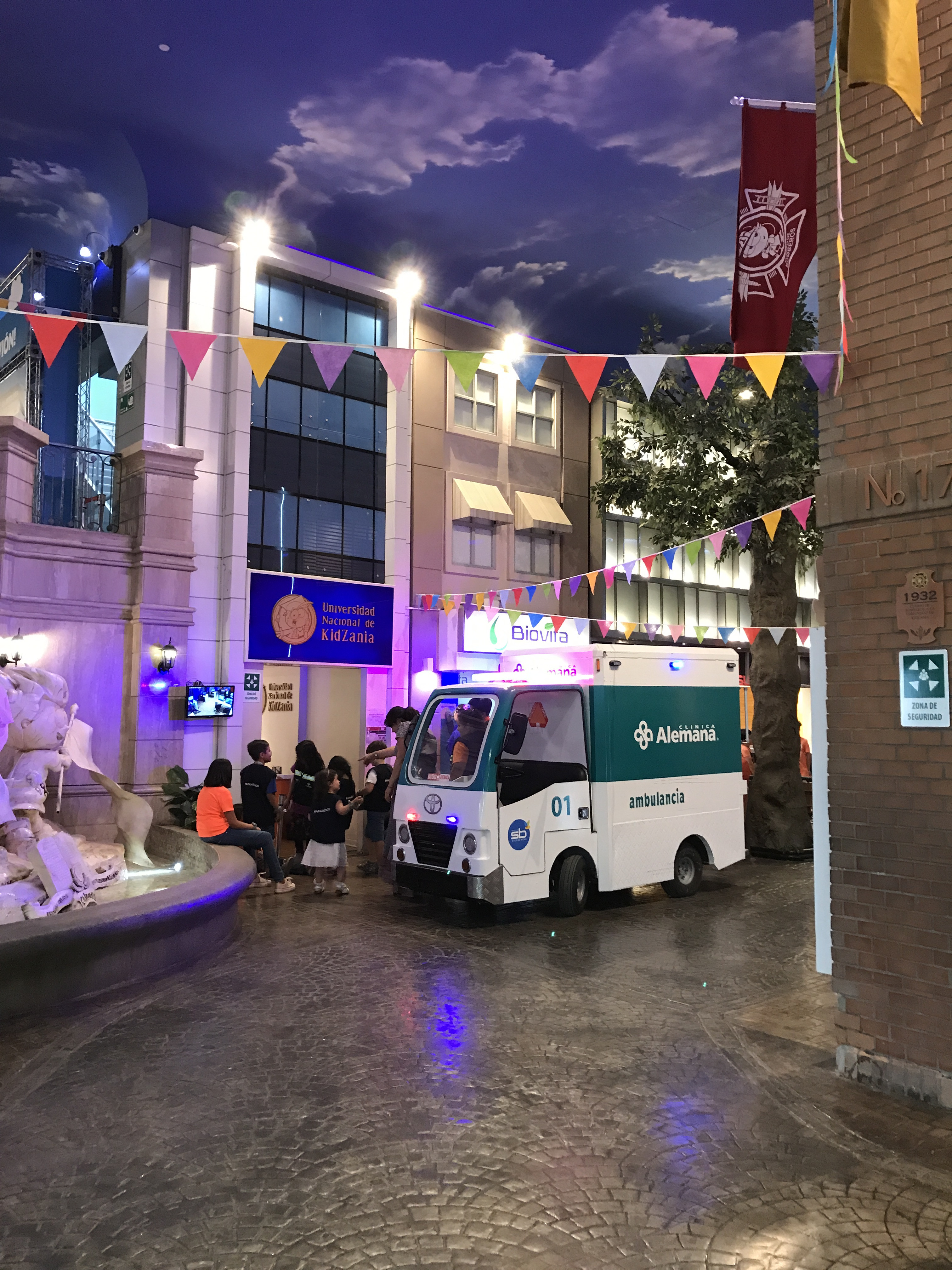 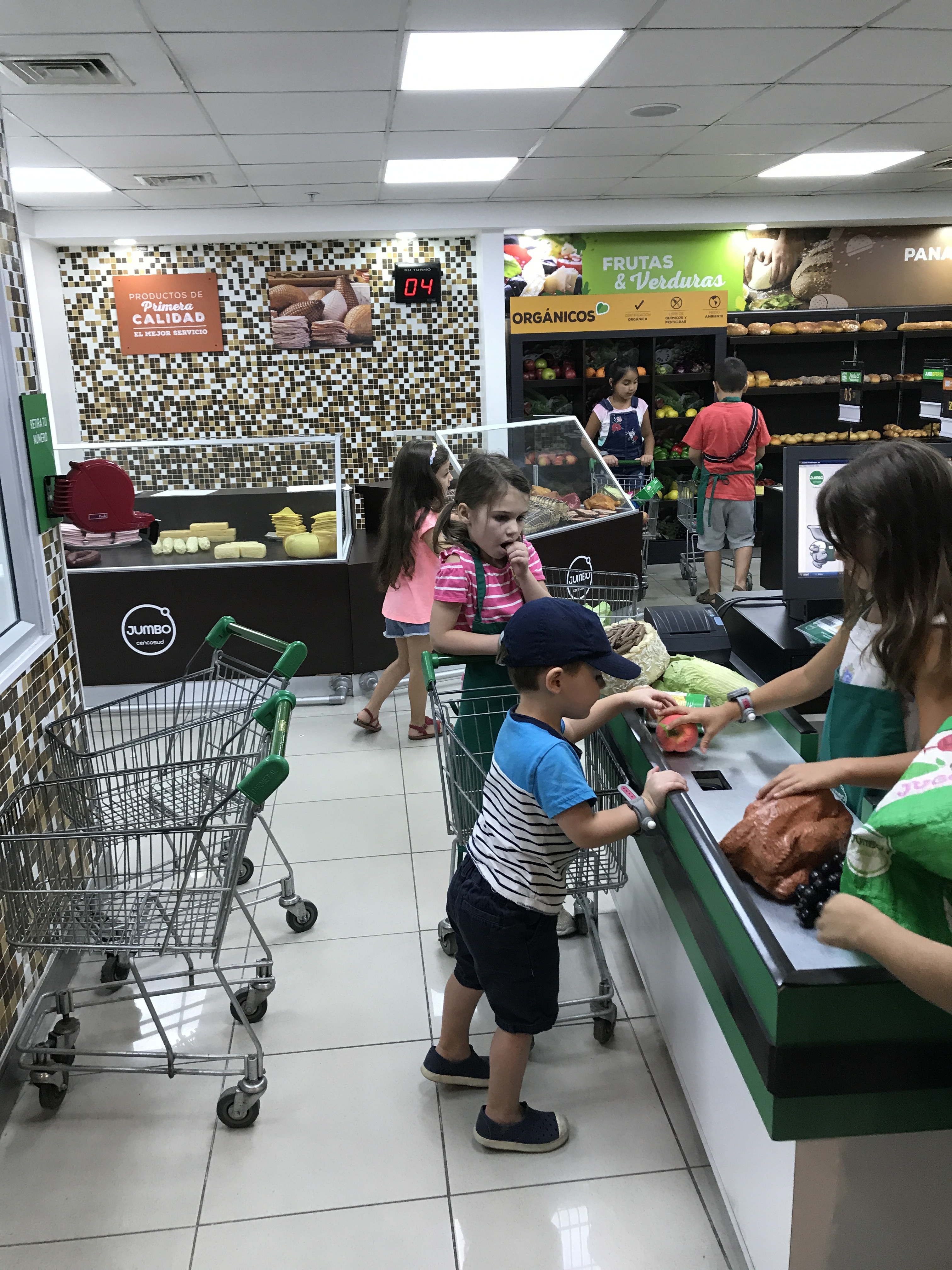 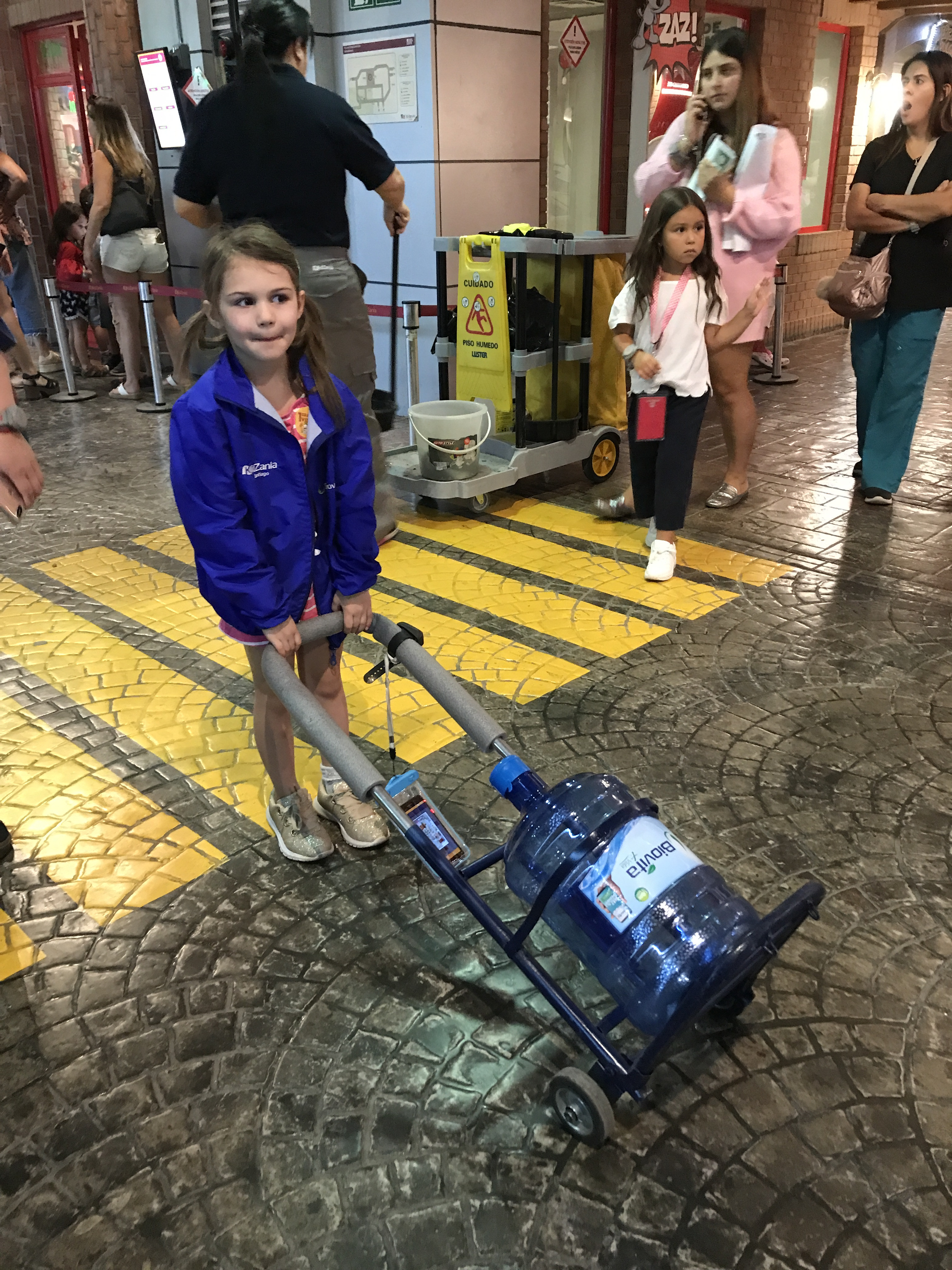 Evelyn worked at water shop and delivered water to the salon. It was legit with a computerized tag telling her where to go in the city.

Then Blake joined the firefighters. They did about 15 minutes of training and exercises. And then they hopped on a fire truck to go put out a fire on the other side of the city. 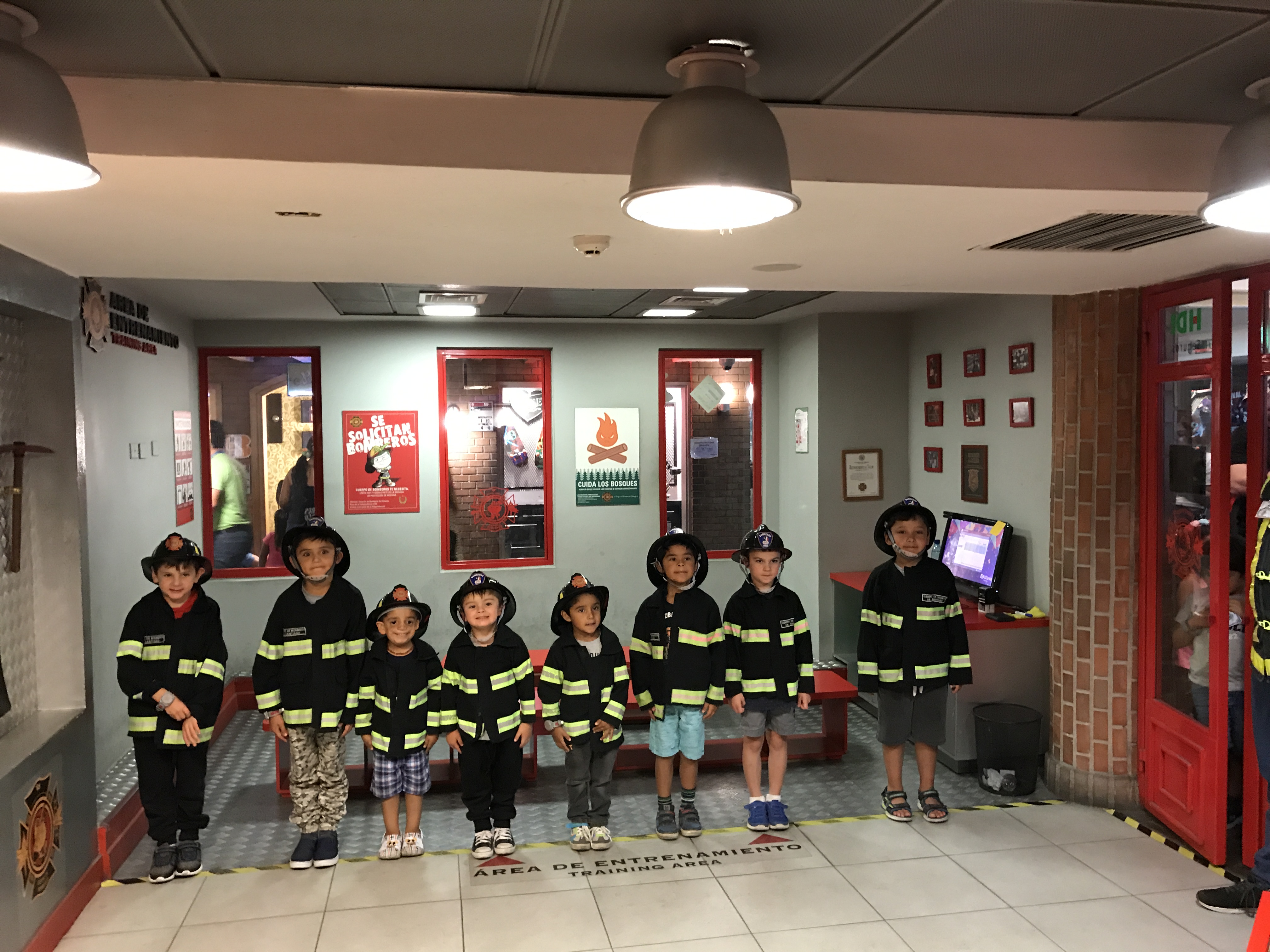 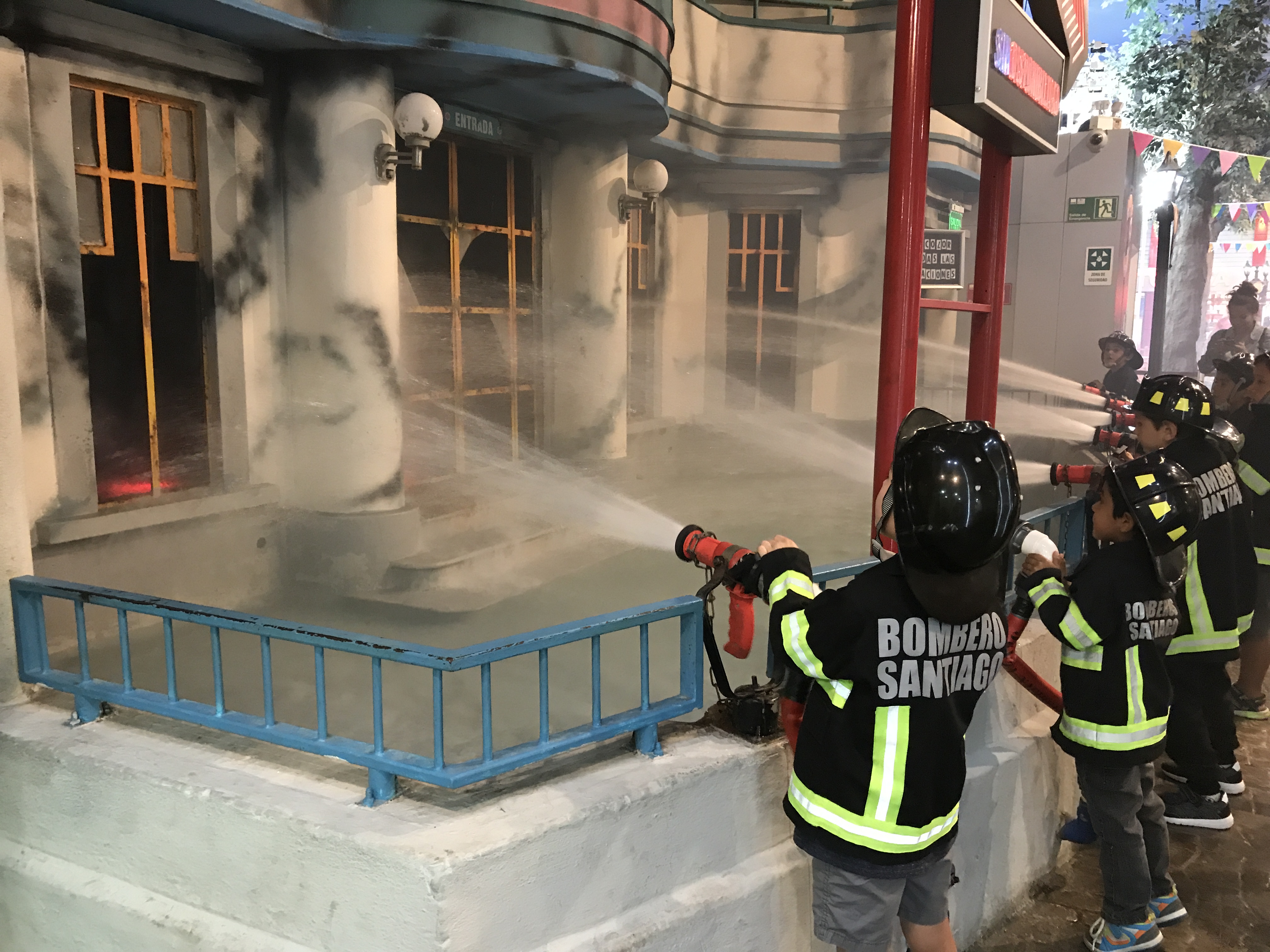 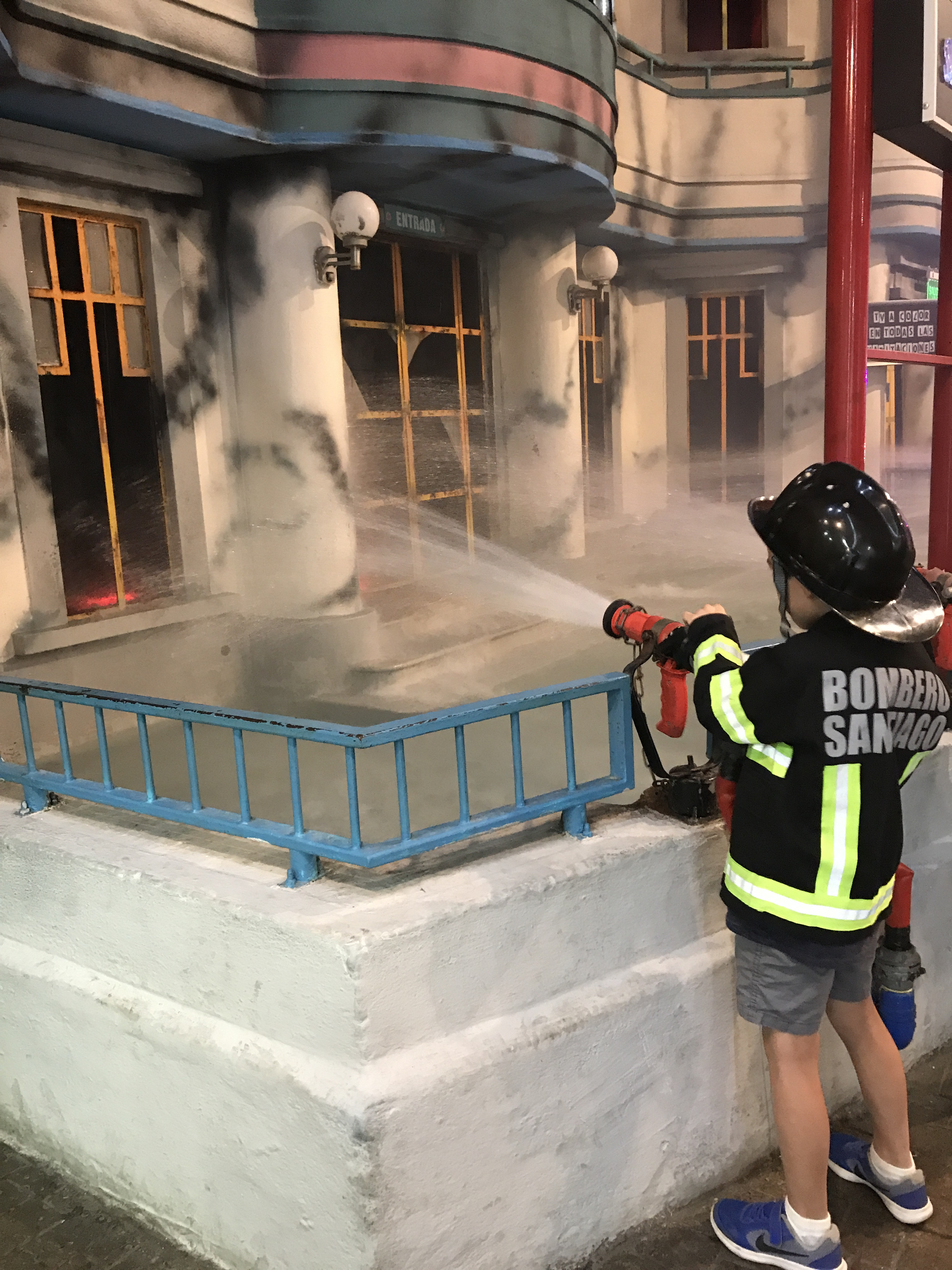 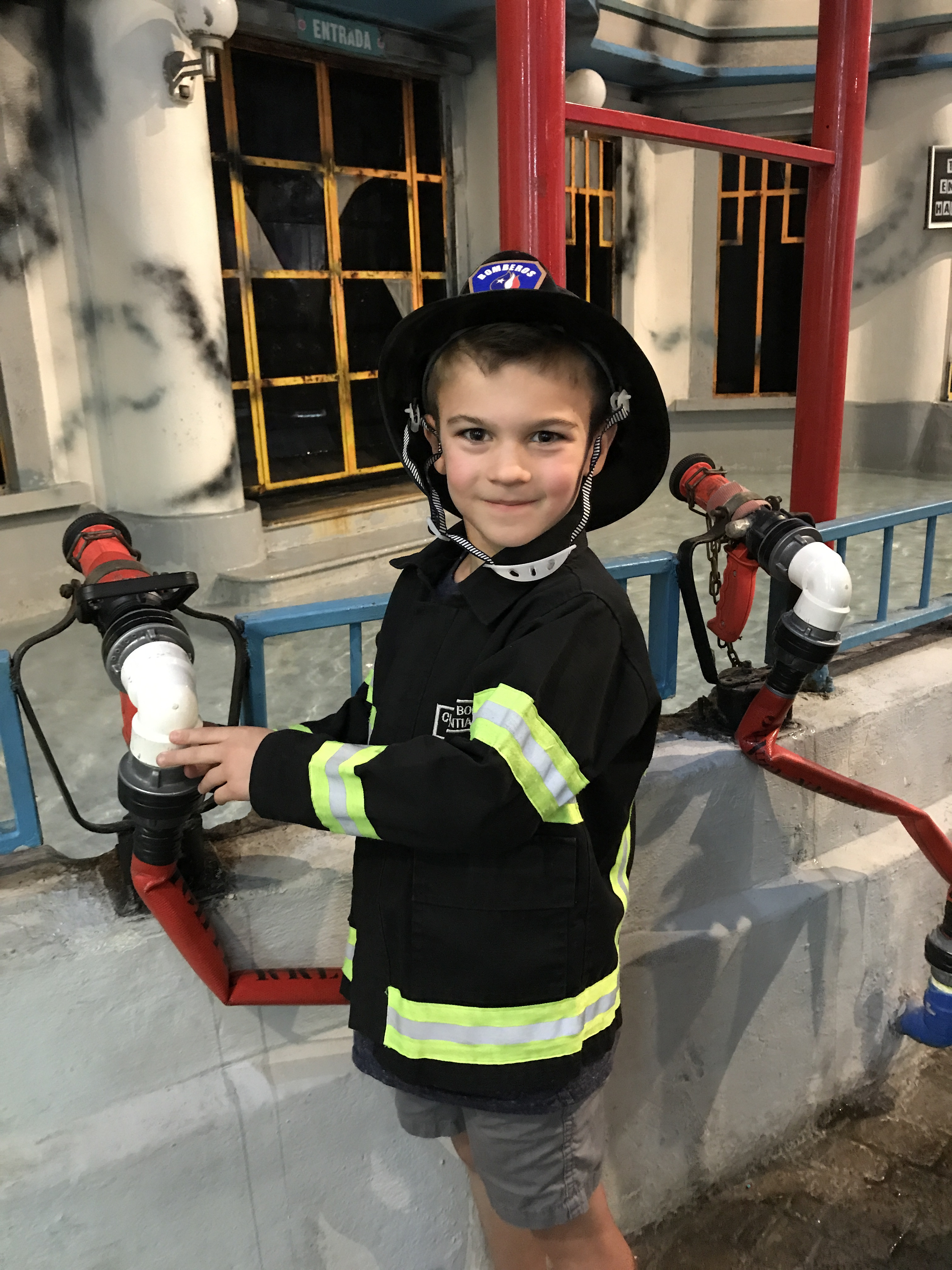 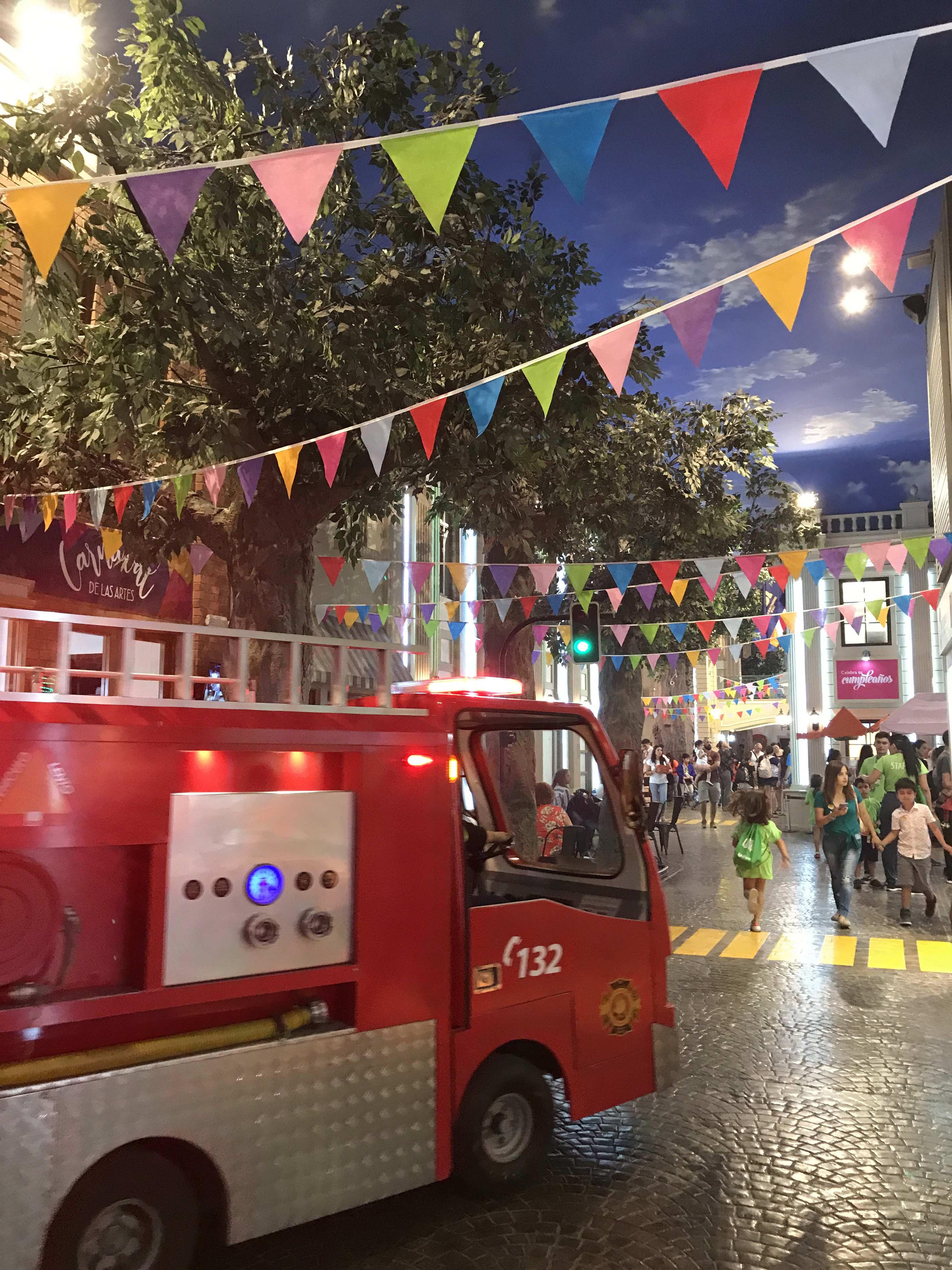 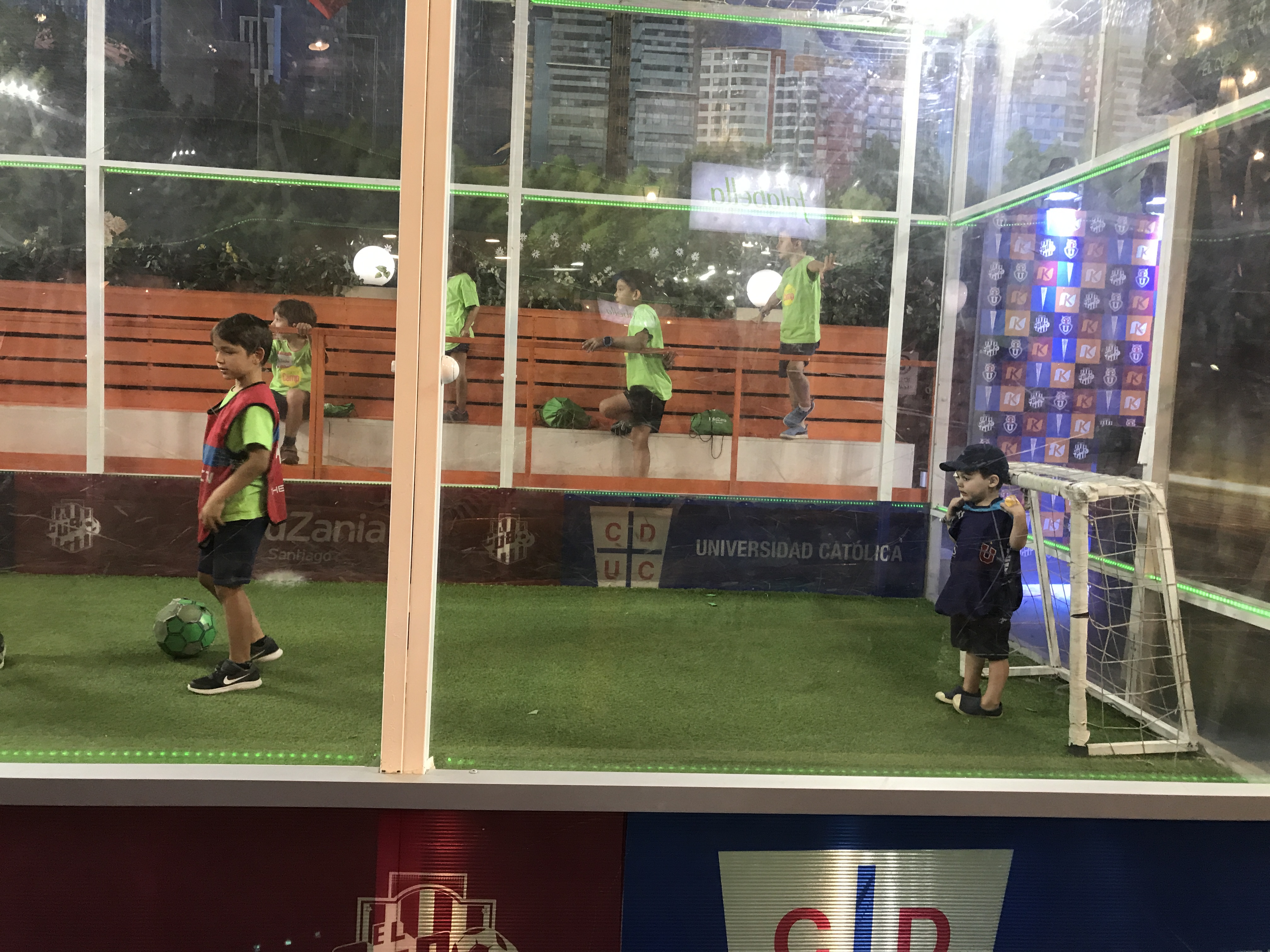 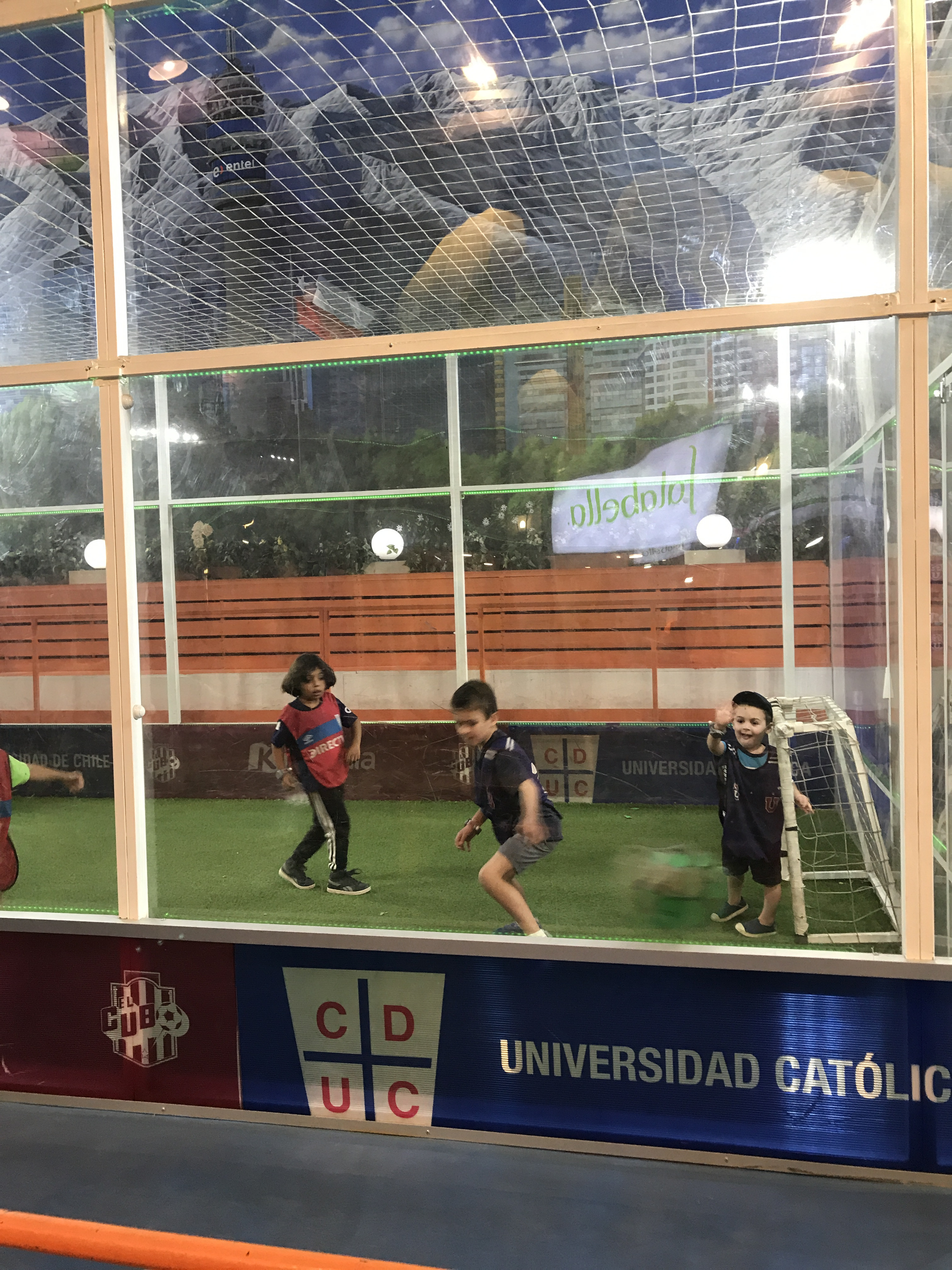 Here are the children at culinary school! Those little hair nets make me laugh. And then Evelyn worked at the bakery, making fresh bread to eat and then Blake did one last job as a postal delivery man. 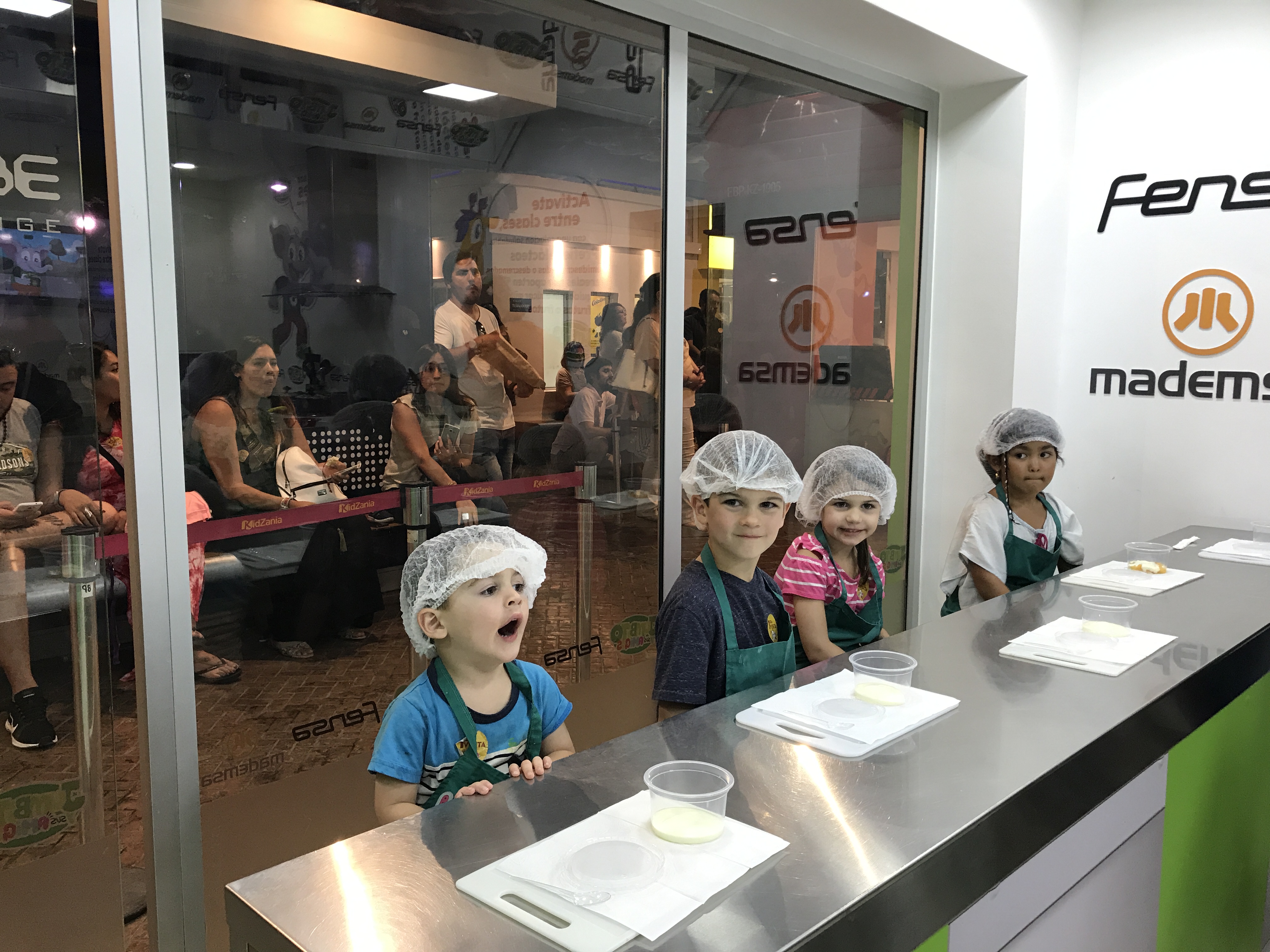 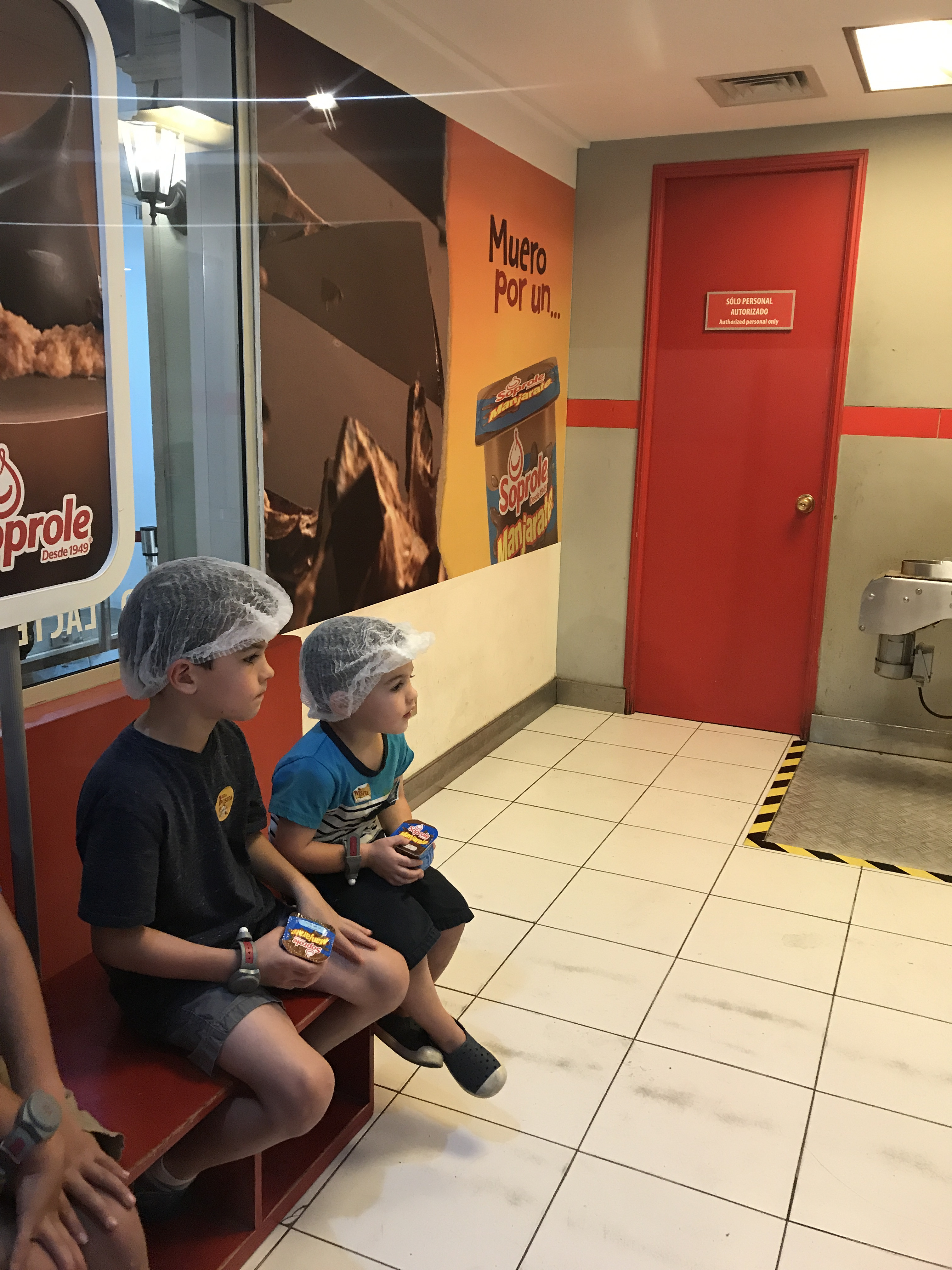 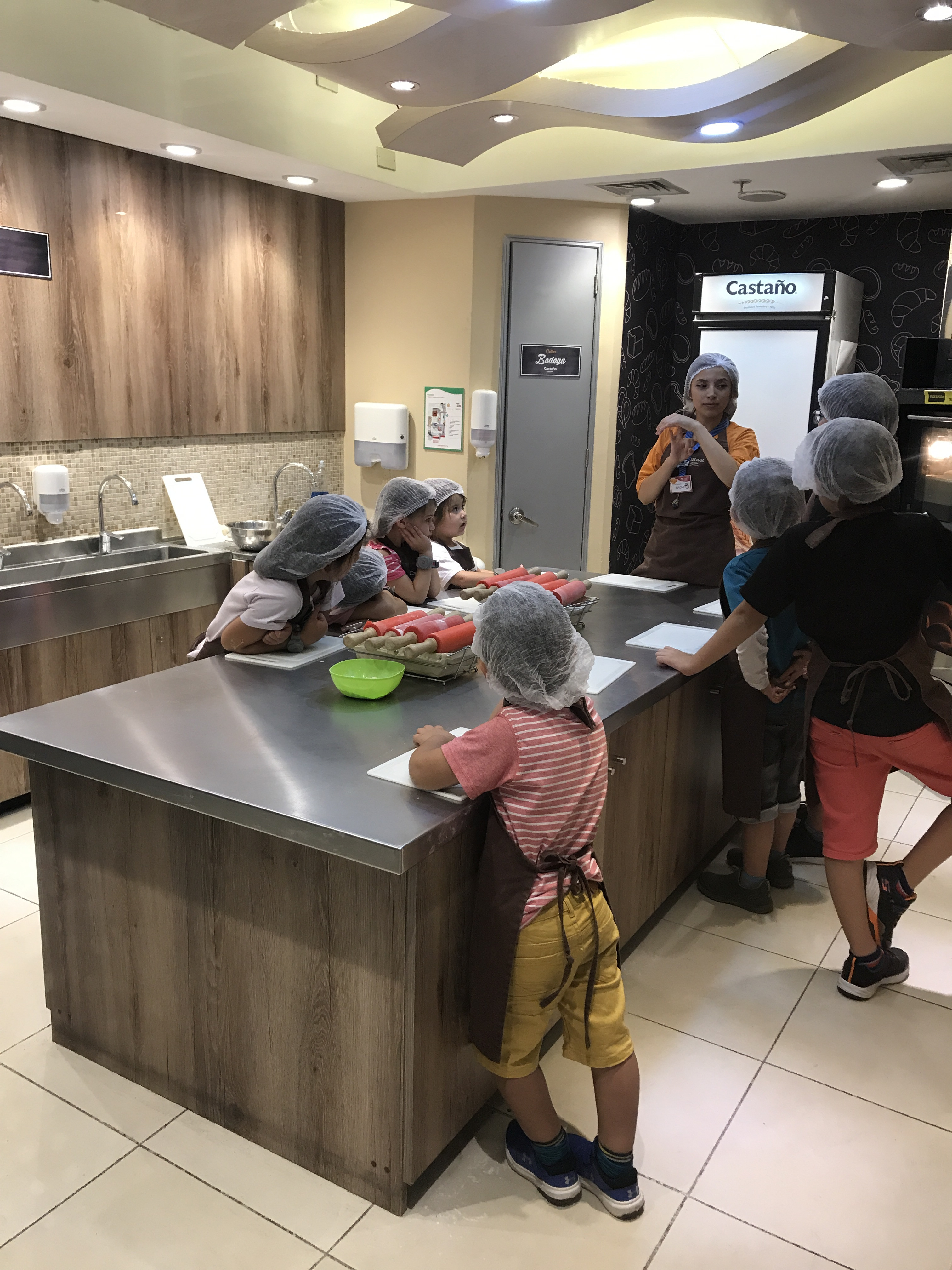 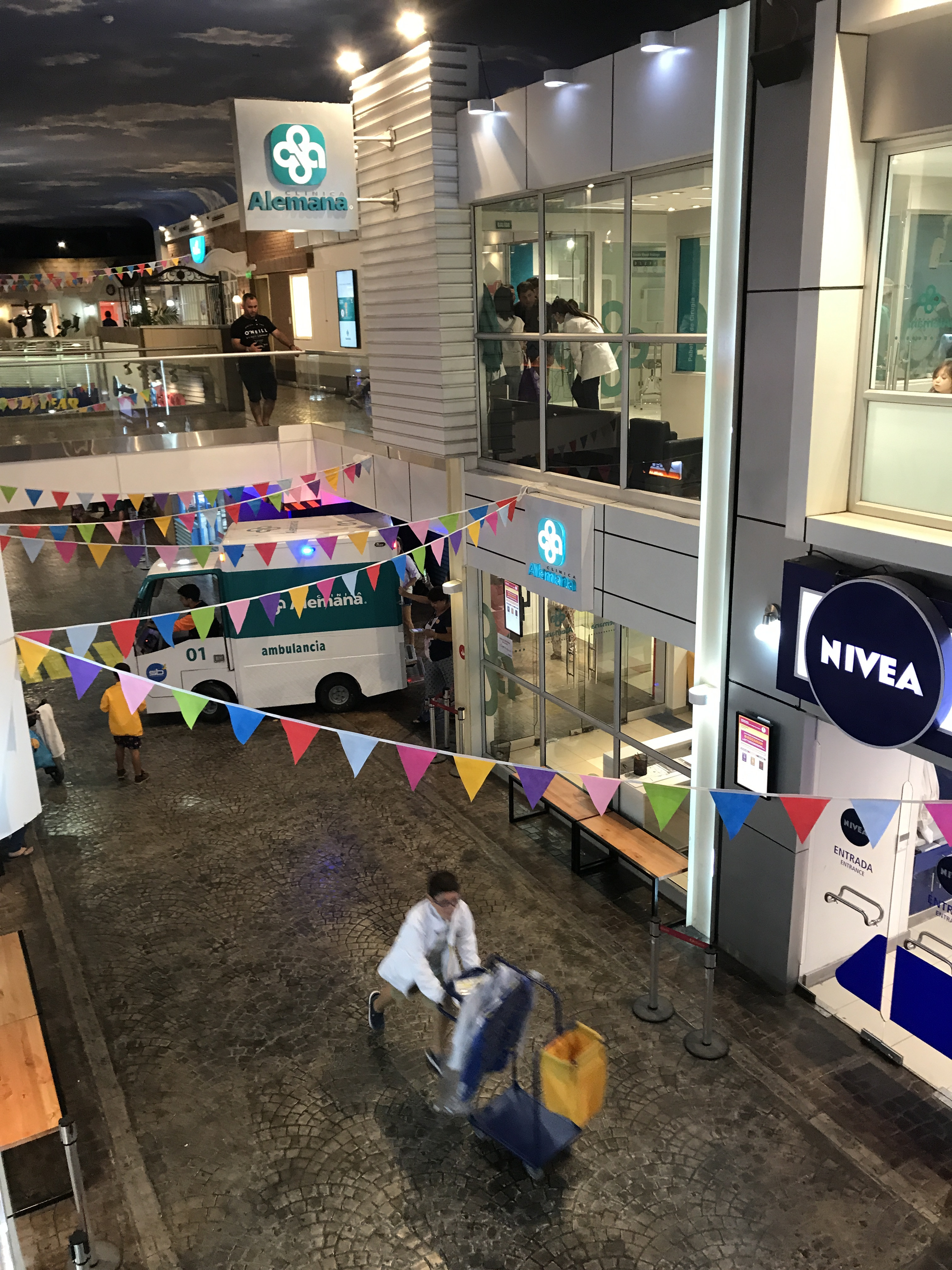 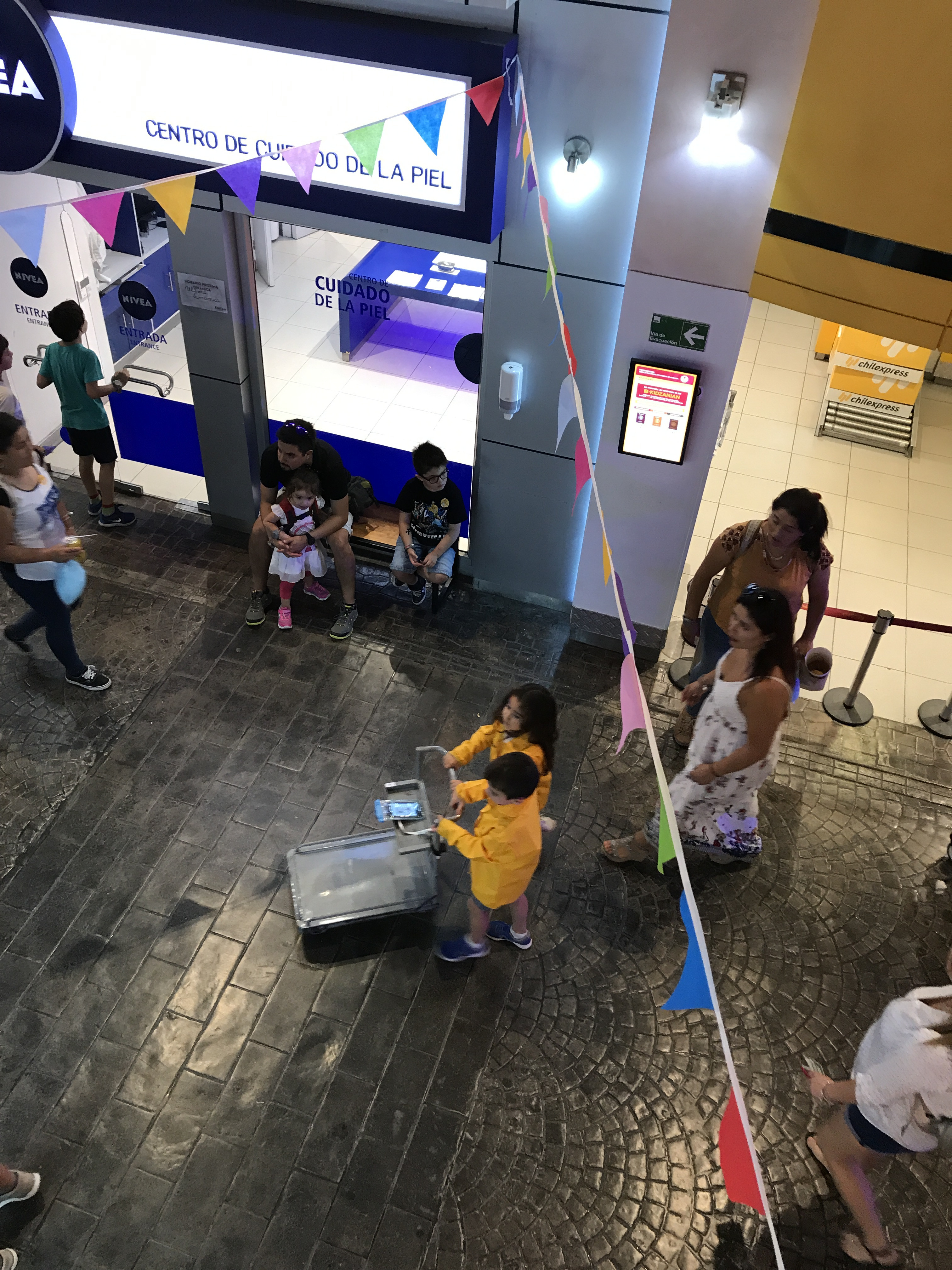 Kidzania really was so amazing and fun. We hear they are coming to the states, so maybe we’ll get to go back sometime! 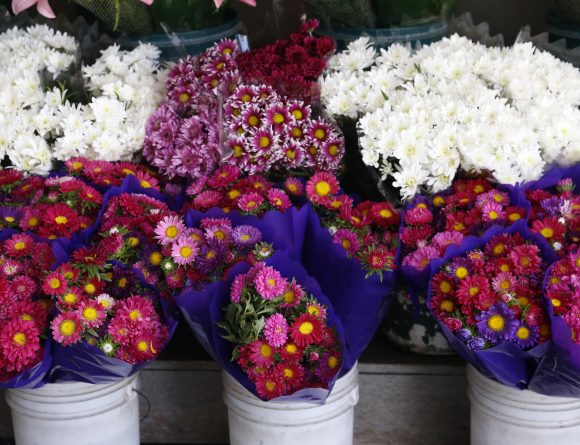 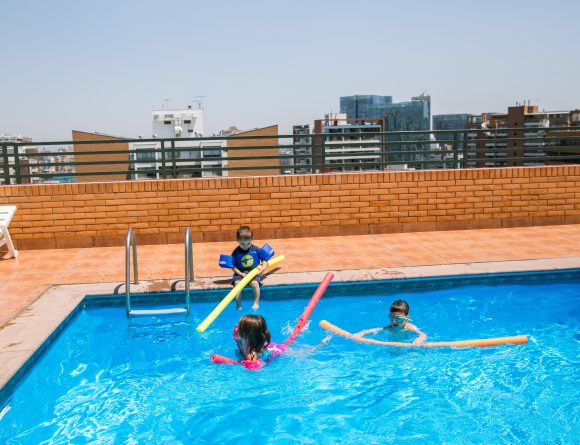 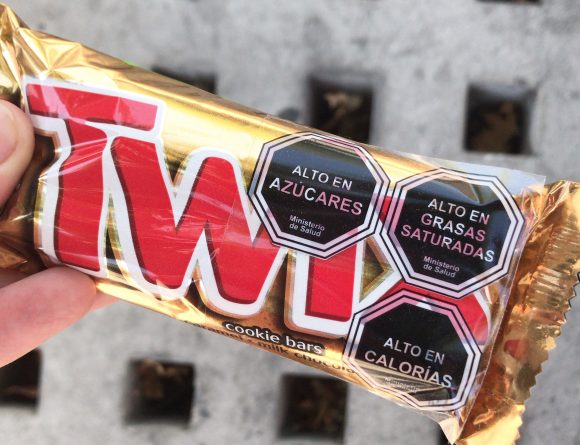