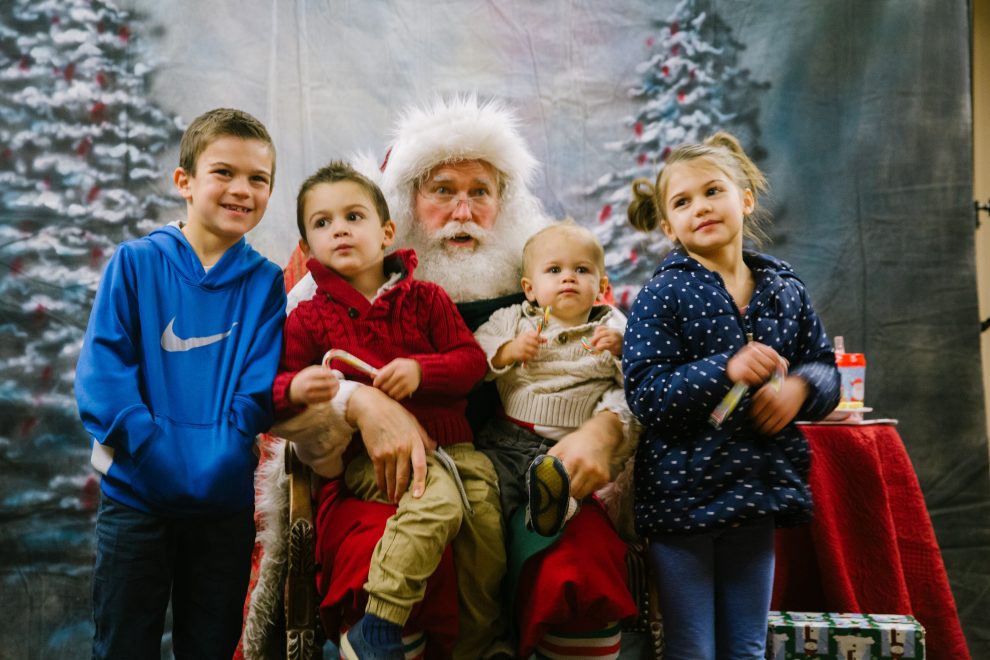 We Believe in Santa Claus

Our town has the cutest Santa Claus. We were too late setting appointments last year, so I made it a point to call first thing on November 1 to set a time. It’s free through the city, but the spots fill up fast. We are still at the point where all our children want to go and visit the jolly old man. I’m learning to relax and let them wear whatever they wanted. Small wins!

When the head elf called our family, we ventured down the festive staircase to where to Santa was.  He greeted all the children by name and told them they were in his leather notebook, aka his good list. I thought it was so sweet that he didn’t seem rushed and took time to talk to each one. But instead of asking what they wanted, he first talked to them about why they are on the good list and asked about the good things they are doing to help others.

Blake asked for a flag football set. Evelyn asked for a doll house, fidget spinner and barbie. and Oliver asked for a Paw Patrol truck.

Our favorite Christmas book is I Believe in Santa Claus. In fact, Brandon gave me that book when we were dating! I love how it shows how Santa is a symbol of Christ.  We don’t make Santa a huge deal at our house, but we do believe in him and the goodness and selflessness he shows. 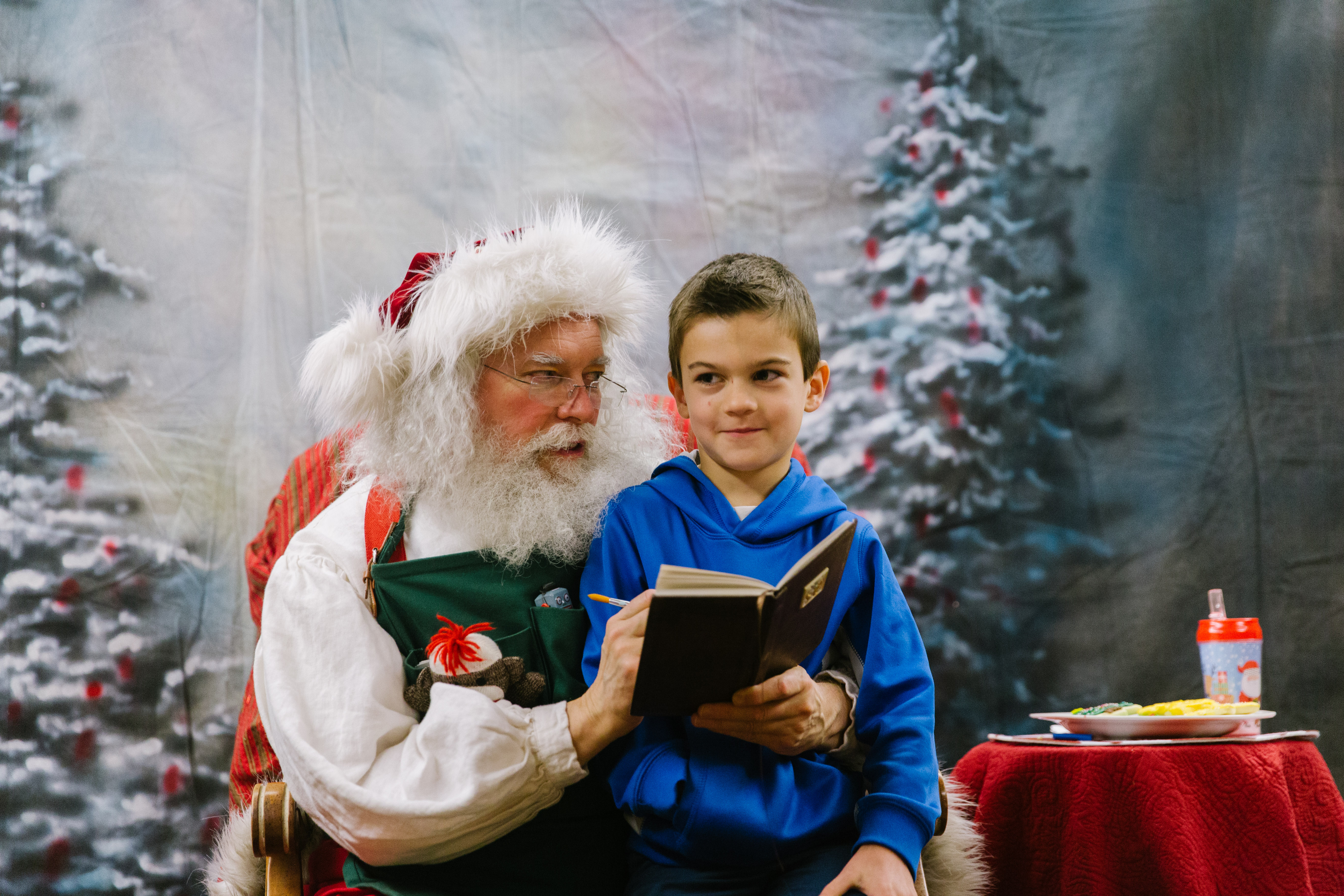 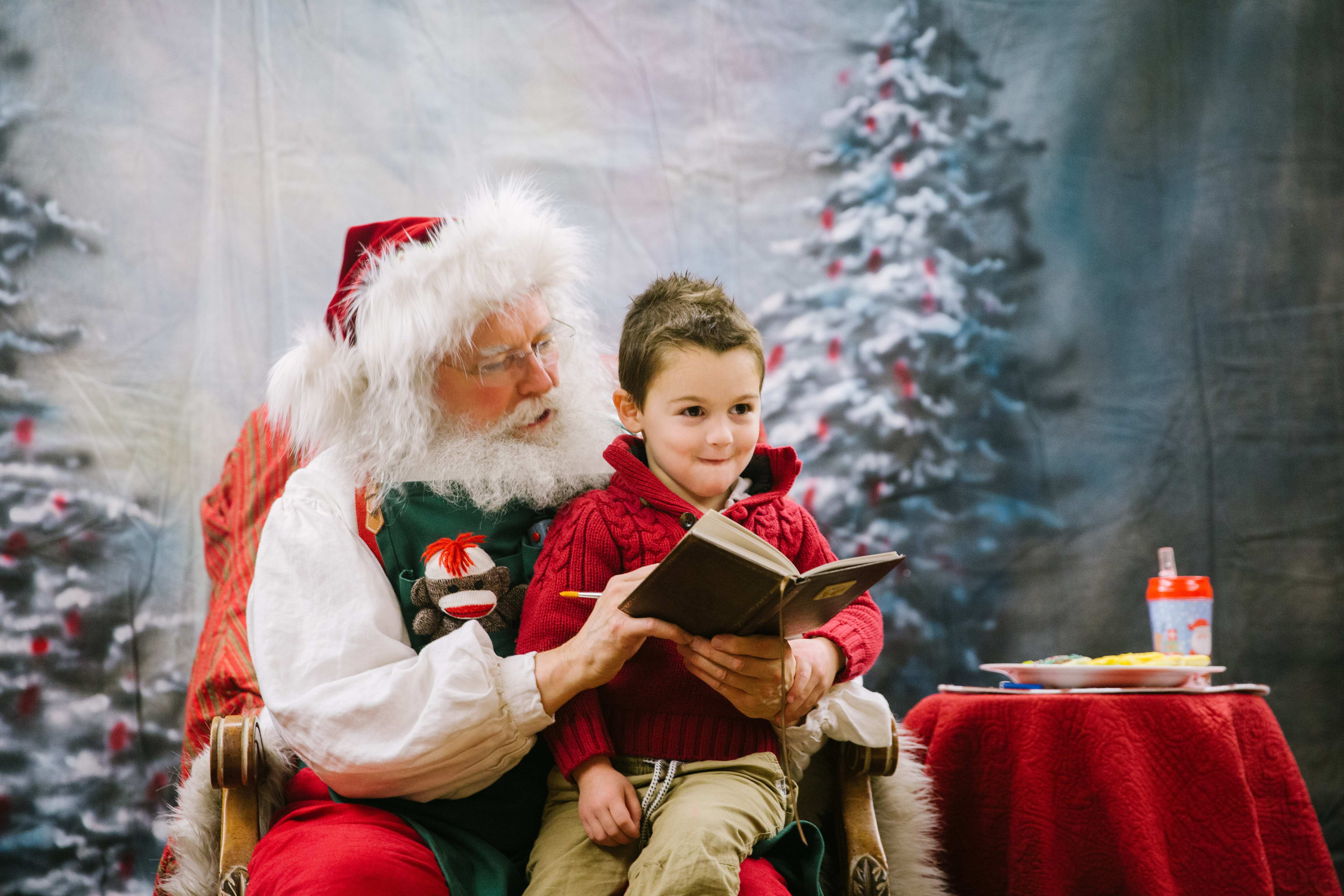 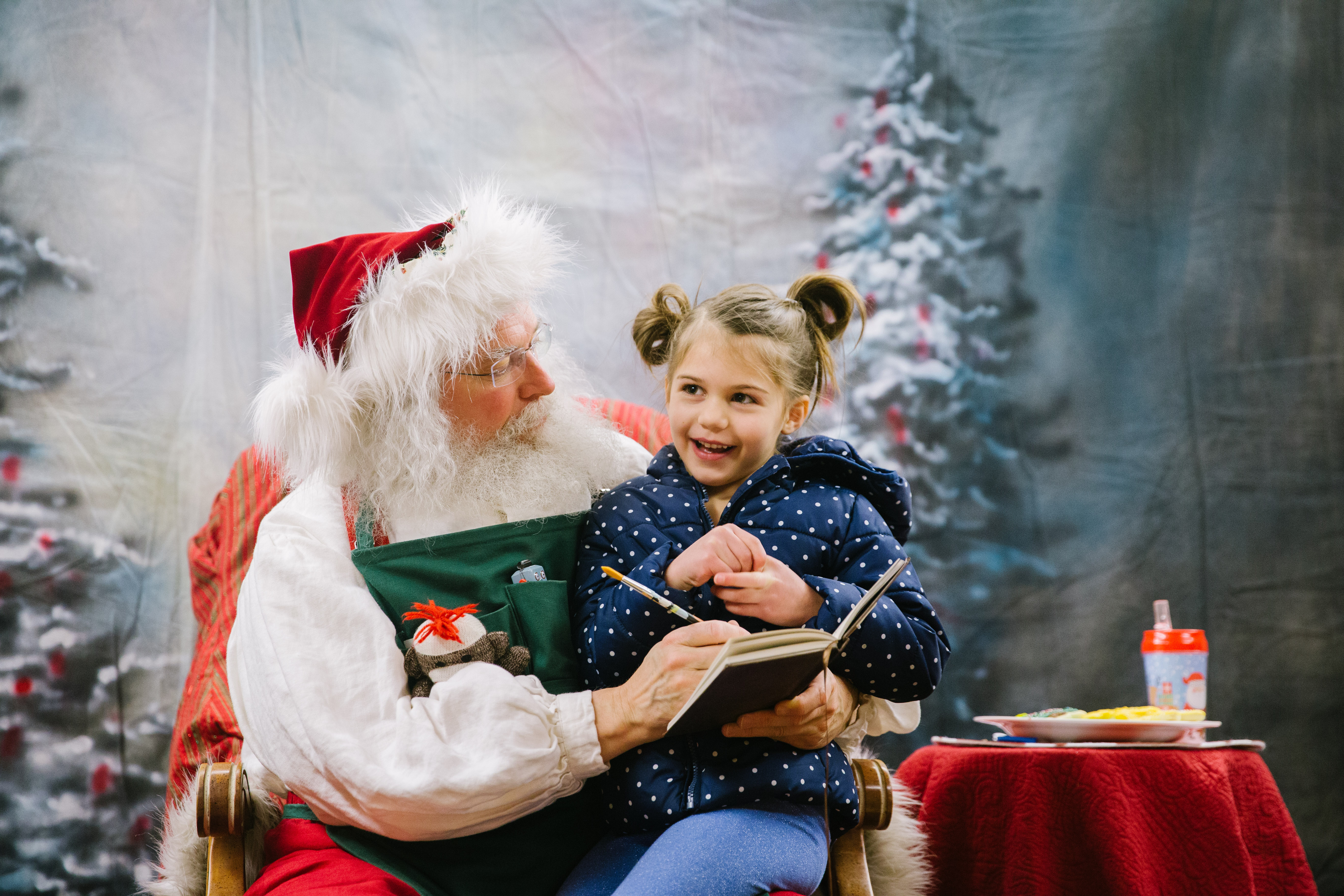 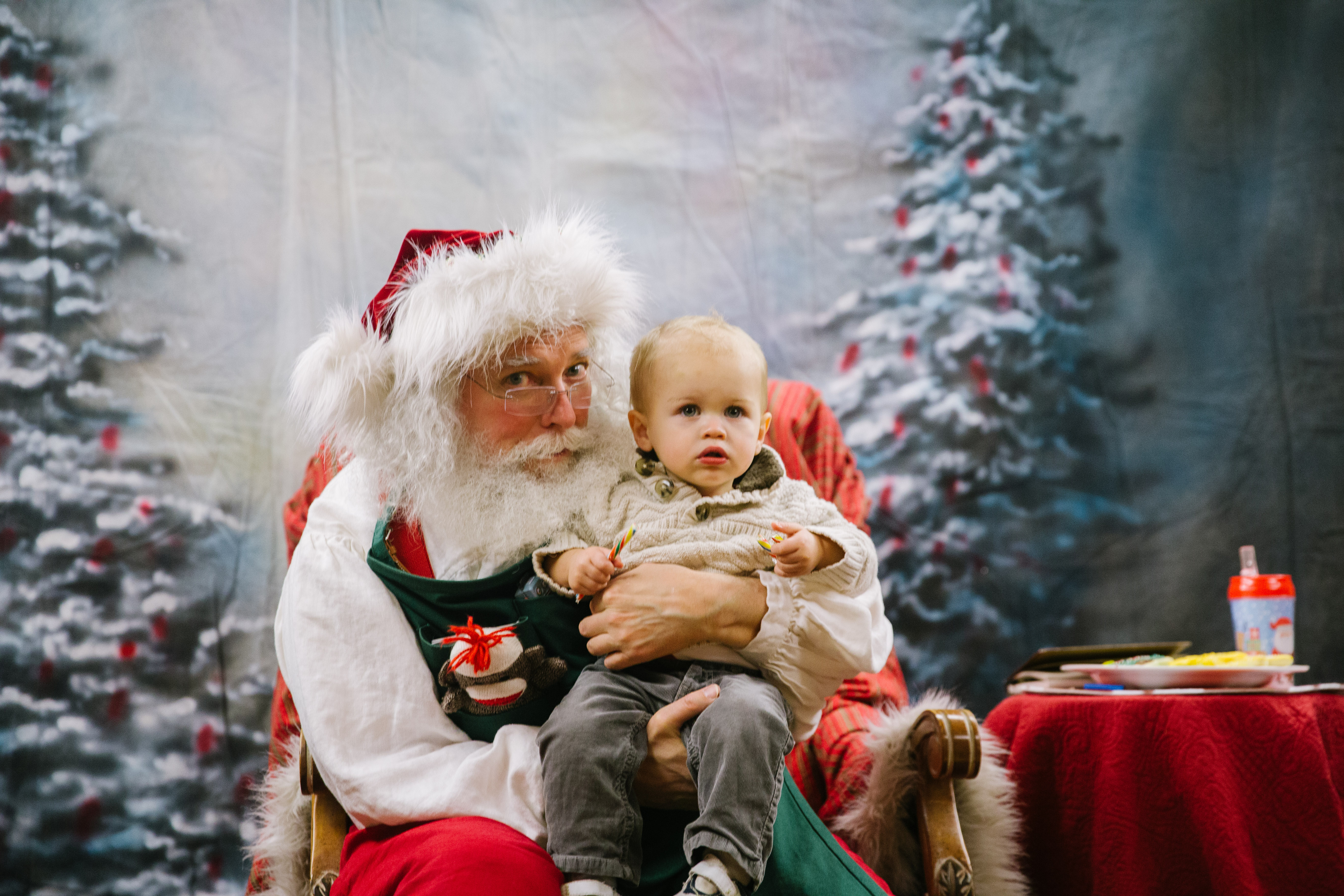 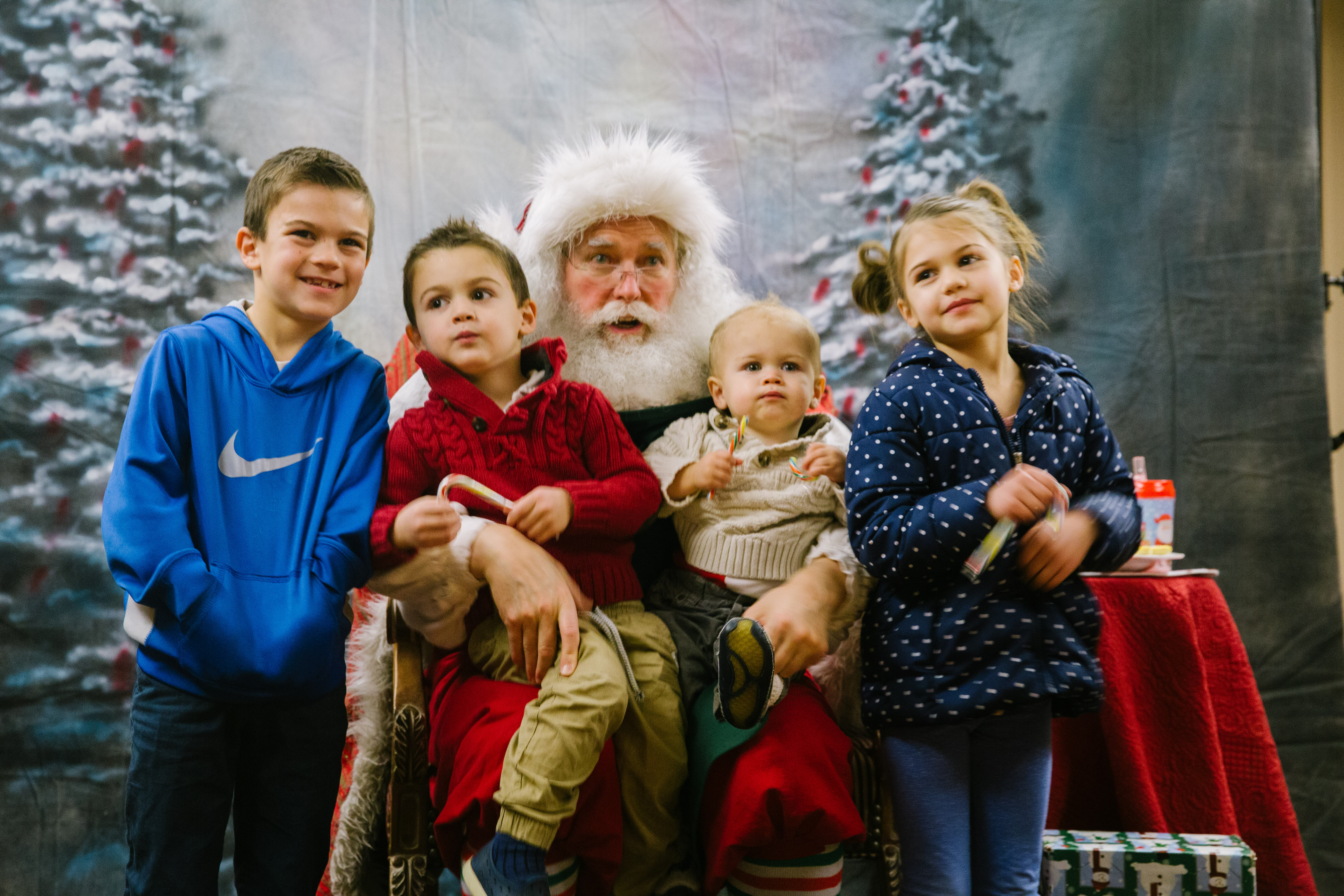 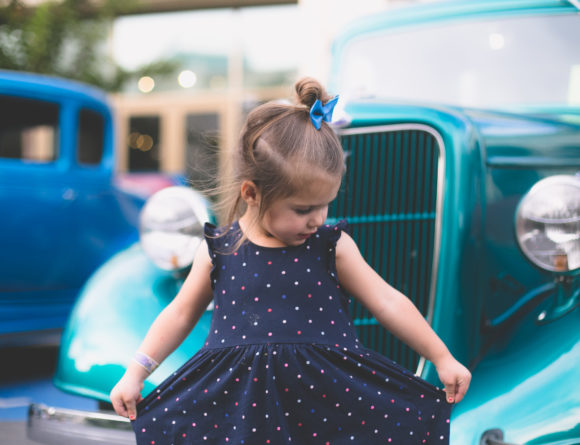 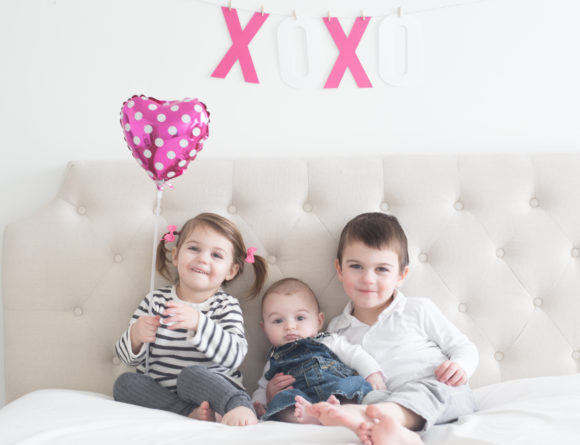