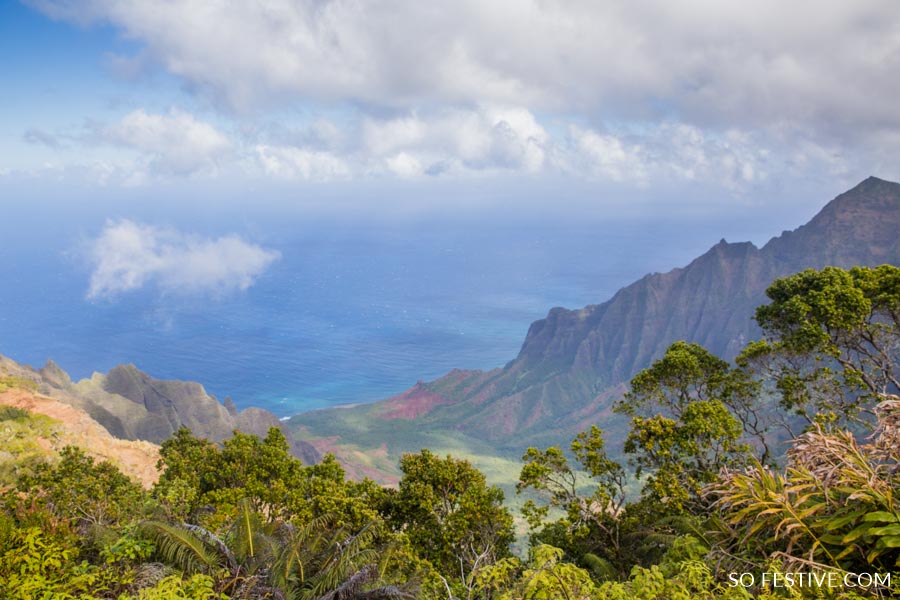 Waimea Canyon is known is the Grand Canyon of Hawaii. I’m so glad we went the day we did because we had clear blue skies that lent itself to great views of the Na Pali Coast and waterfalls in the canyon. We drove just about as far as we could to a lookout point which was spectacular.

The views from the tippy top of Kauai were majestic and so fun for the family to see, but what I’ll remember most is the family races we had around on the paths there. Everyone got involved and it was just one of those fun family moments together.

On the drive down, we stopped at Red Dirt Falls. I had seen this on social media and thought it looked really cool. When I asked for directions to it, the lady said, “you mean, the ditch?” I said, “Red Dirt Falls.” She said, “Yeah, someone just named it that but really it is just a ditch where the water runs down.” I guess beauty is in the eye of the beholder.

We still stopped and had such a fun time exploring the red sand. It’s pretty cool to see so much variety in the Kauaian landscape.

Next stop: lunch at Porky’s and shave ice at Jojos. 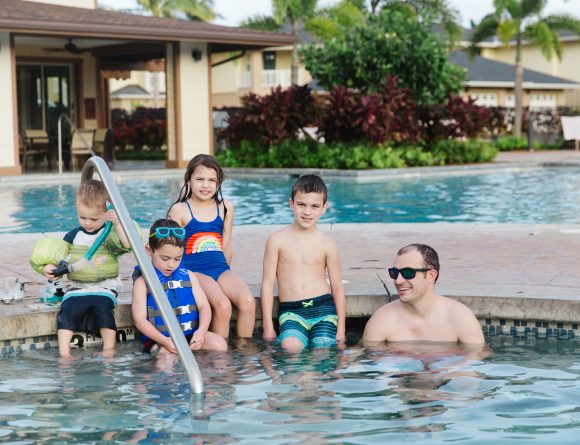 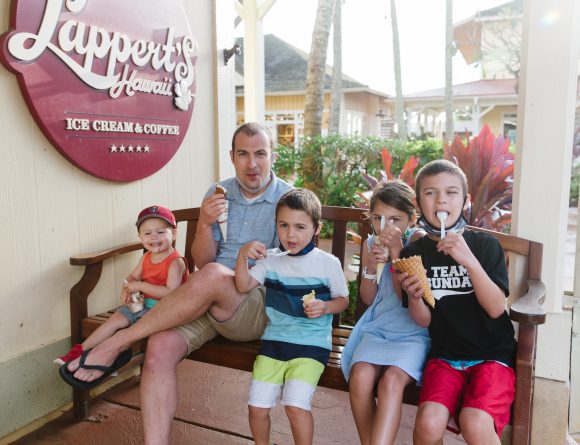 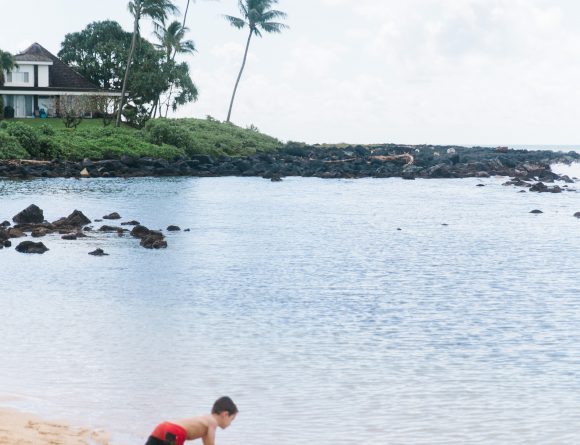