After our glorious time at the Pineapple Wall, it was time to treat the good sports. We drove to Princeville first, straight to the Kileaua Bakery for their famous Macademia Nut Sticky Buns. At 10:30, they were already sold out, darn it. So we drove on (after a quick stop at the lighthouse) to Holey Grail Donuts in Hanalei.

The drive there was gorgoeous, but as luck would have it, there was so much rain that all the little restaurants were shutting down so that everyone could get over the bridge before it flooded.

Thankfully the Big Save market had some regular old donuts that suited the kids just fine. We drove to Hanalei Beach to eat them and were not there very long when it started pouring rain again.

We didn’t want to get stuck on that side of the bridge, so we left. And not to return again on this trip. The next week there was a giant mudslided that cut off the road going in and out of Hanalei. 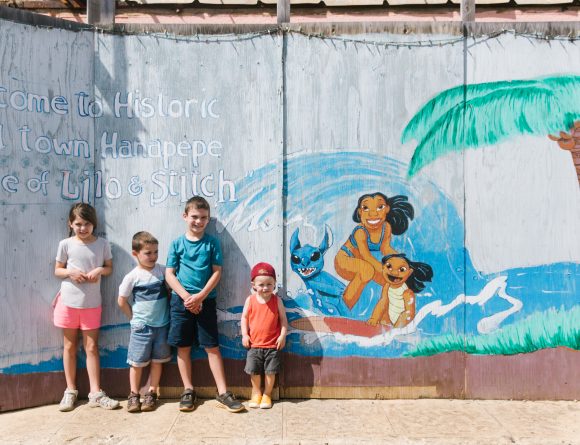 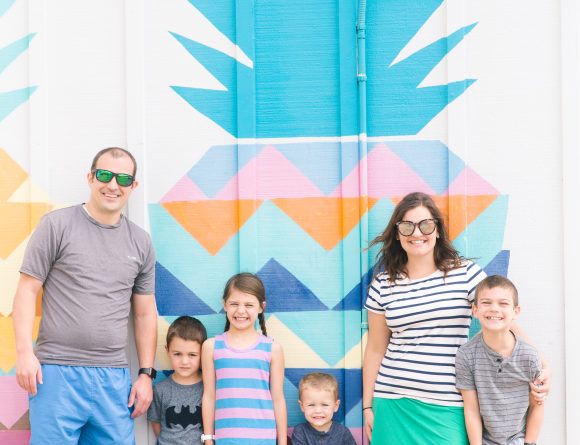 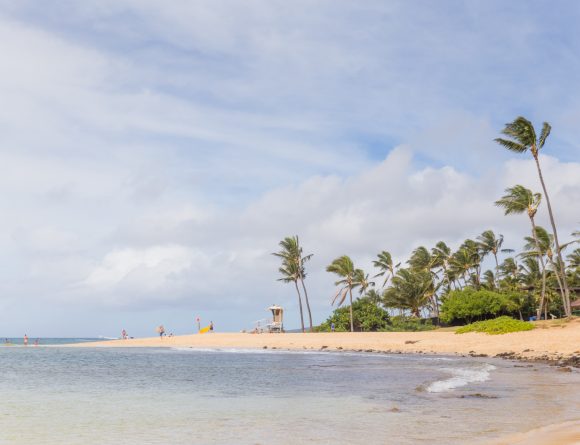